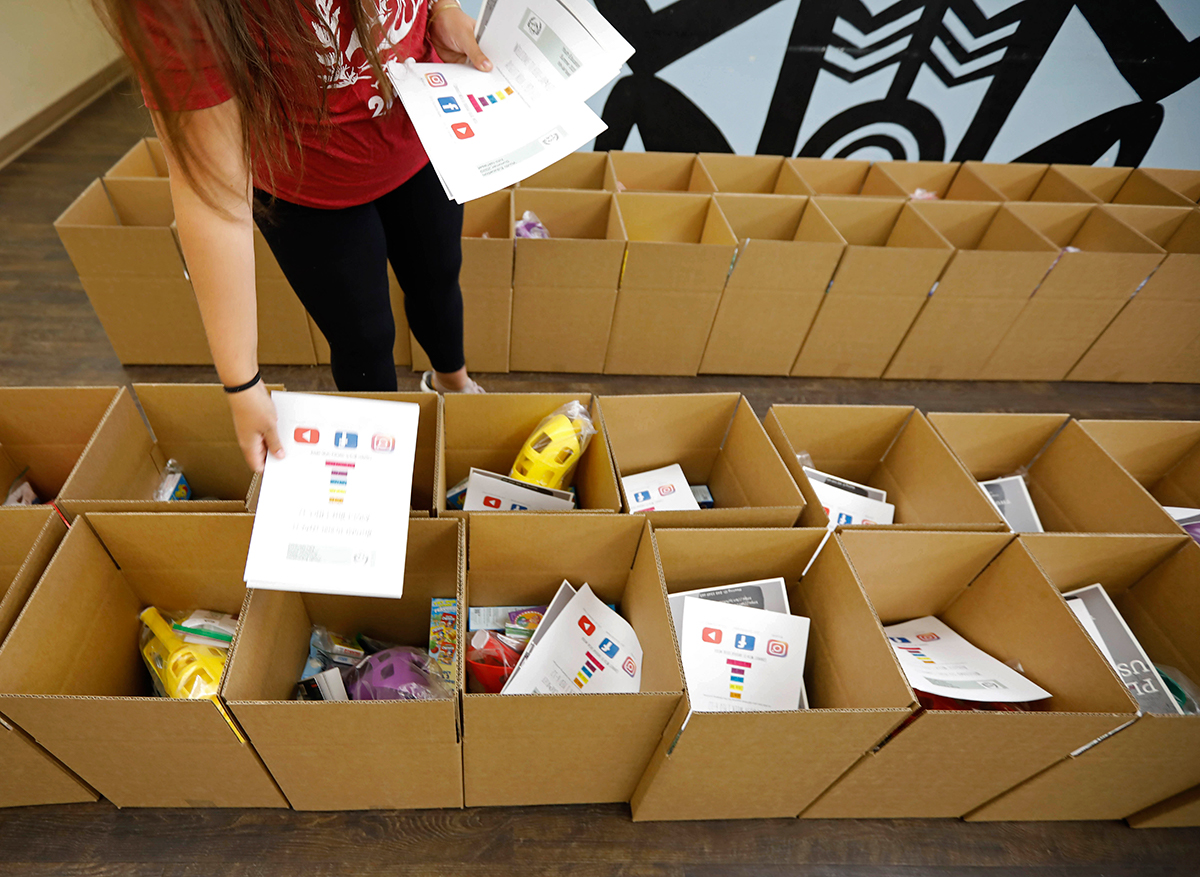 Deadline to Spend COVID-19 Funds has Oregon Tribes on Edge

Relief money provided by the CARES Act must be spent by Dec. 30. With Congress fighting over additional stimulus, Oregon tribal governments are left wondering how they’ll provide services next year.

While many people are waiting anxiously for 2020 – a year rife with disasters and vitriol – to finally end, Oregon’s tribal governments are anxious about what will happen to COVID-19 relief funds when 2021 arrives.

In response to the COVID-19 pandemic, the U.S. Department of the Treasury has allocated $200 million in direct payments to Oregon tribal governments this year. That money came with conditions, one of the most pressing being that it must be spent by year’s end.

With just weeks left before the Dec. 30 deadline, tribes are facing a dilemma. Should they hold onto their COVID-19 relief money to fund services after the new year and hope Congress grants an extension? Or should they spend the money now, as the law requires, and risk not being able to fund services in 2021?

“Hopefully the date is going to be extended,” says Stephanie Watkins, acting CEO and director of human services for the Confederated Tribes of Coos, Lower Umpqua, and Siuslaw Indians. The small tribe received $11 million from the federal CARES Act of 2020 this year.

“We’re conservative in our spending right now too, just because we don’t know what the future’s going to hold,” Watkins said. “We’re definitely conservative in our reopening protocols and procedures, and we’ll maintain that until it’s determined that our communities are safe.”

“It feels like we’re back to where we were in March,” -- Chris Mercier, vice chair, Grand Ronde Tribal Council.

“Conservative” is a reoccurring word for Oregon’s tribes, as officials describe how they’ve approached a pandemic that has killed more than 286,000 Americans, including more than 1,000 in the state. Many tribal offices have limited services, and casinos – a primary economic generator and employer – were shut down at the onset of the pandemic. The $2.2 trillion CARES Act that passed in March has funded testing and distance-learning programs that help limit the transmission of COVID-19. It’s also provided a financial boost to members reeling from the economic downturn brought on by the pandemic.

But tribal governments will lose unspent CARES Act funds when the year ends, and the pandemic hasn’t “gone away” as President Trump has repeatedly insisted since COVID-19 reached the U.S.’s shores. While Oregon tribes have largely avoided the calamitous outbreaks that other Indigenous nations have suffered, case numbers are hitting record highs across the country.

“It feels like we’re back to where we were in March,” says Chris Mercier, vice chair of the Grand Ronde Tribal Council. They received roughly $45 million in CARES Act money for emergency response to the pandemic. “We don’t really know what’s going on. State and federal governments are preoccupied with other things. Especially at the federal level. We just concluded the presidential election, so it’s just hard to say.”

The release of a vaccine expected sometime next year will create a new set of challenges as governments find ways to store and distribute it. Lisa Norton, a temporary project manager for the Confederated Tribes of Siletz Indians, said she can see tribal members needing support for another 3-6 months.

“So between the ongoing need for the health and safety of our tribal members, to be able to even access the items necessary to make that happen, are all things that keep us up at night,” Norton said.

Tribal governments generally lack a tax base and rely on enterprises such as casinos to generate revenue. Precautionary measures, including business shutdowns and closing reservations to visitors, have caused budget shortfalls. The U.S. government, meanwhile, has treaty obligations to ensure tribal governments can provide resources and essential services.

“We are a sovereign government within the U.S., but we do have a treaty relationship that binds us to the federal government and creates a special relationship there,” said Matt Johnson, communications director for the Confederated Tribes of the Umatilla Indian Reservation. The tribe has received nearly $26 million this year to help purchase personal protective equipment and provide financial assistance to its members.

“I don’t know what could happen if some other major waves or spike impacted the national economy. Obviously that’s going to have an effect on us as well,” Johnson said. “But I think we’ve prepared ourselves as best we can at this point and are just trying to continue to emphasize vigilance and good health and safety practices.”

“The need isn’t going to stop after Dec. 30.” -- Lisa Norton,  temporary project manager for the Confederated Tribes of Siletz Indians

A spokeswoman for U.S. Senator Jeff Merkley says he’s pressing Senate leadership to include a deadline extension in a spending bill, “since there’s no indication that (Senate Majority Leader Mitch) McConnell will allow a coronavirus relief bill to come to the floor that could include that fix.”

And a spokesman for U.S. Senator Ron Wyden said the Oregon Democrat is sponsoring legislation to extend the spending deadline and thinks tribes should get additional aid.

Federal assistance has also flowed into nonprofits serving Native Americans in Oregon, and tribal governments have benefitted from equipment donations.

The Northwest Portland Area Indian Health Board received a $316,646 grant that they’ve used to help 35 tribal clinics across Oregon, Washington, and Idaho. The Confederated Tribes of Siletz Indians was one of the earliest tribes to receive one of 250 so-called “Abbott Machines” back in May.  Its technical name is the Abbott ID NOW, which allows on-site testing that gives results in 15 minutes. Since then, the U.S. Department of Health and Human Services has allocated more than 500,000 units of an upgraded testing system – the Abbott Binax NOW COVID-19 AG card – to Indian Health Service clinics nationwide, including the CTSI.

But direct relief remains an important part of tribal governments’ playbook in combating COVID-19. Siletz officials say they’ve received about $39 million in federal money per the CARES Act of 2020. They’ve used much of that to help tribal members with rent and mortgage assistance and utilities since the pandemic came to the Pacific Northwest. It’s also being spent on personal protective equipment for healthcare workers.

“We were very adamant in that we wanted to try and provide whatever services we could so we wouldn’t overwhelm our local county healthcare partners,” said Cherity Bloom-Miller, the clinical services director for the CTSI. Six months into the pandemic, the clinic began offering the majority of its services again. “You have to find ways to do this safely, and I think we’ve done a really good job of that.”

Some tribes say they expect to use their CARES funding by year’s end. Mercier of the Confederated Tribes of Grand Ronde says their $45 million has provided members with financial assistance, ranging from rental assistance to providing $500 for parents wanting to purchase new laptops for their kids. But that leaves the tribal government with new challenges.

“Teachers are way, way underpaid, especially those who have to deal with younger people,” Mercier says, adding that he’s been having a tough time keeping his stepkids focused and engaged with virtual learning.

“That’s becoming an additional source of stress to some of the families in our community. I don’t know if I’d call it cabin fever or what, but just this sense of sitting around waiting for the world to return to normal, and not knowing when that’s going to be, I think that’s its own form of stress.”

Uncertainty also sits heavy on Norton, the project manager for the Confederated Tribes of Siletz Indians. A survey conducted in July showed tribal members are contending with job loss and with basic living costs becoming more expensive. And then there’s that spending issue before New Year’s.

“The need isn’t going to stop after Dec. 30,” she said. “Numbers are skyrocketing. Our hope is that Congress will extend the deadline for the money to be used, or they could do another round of spending." 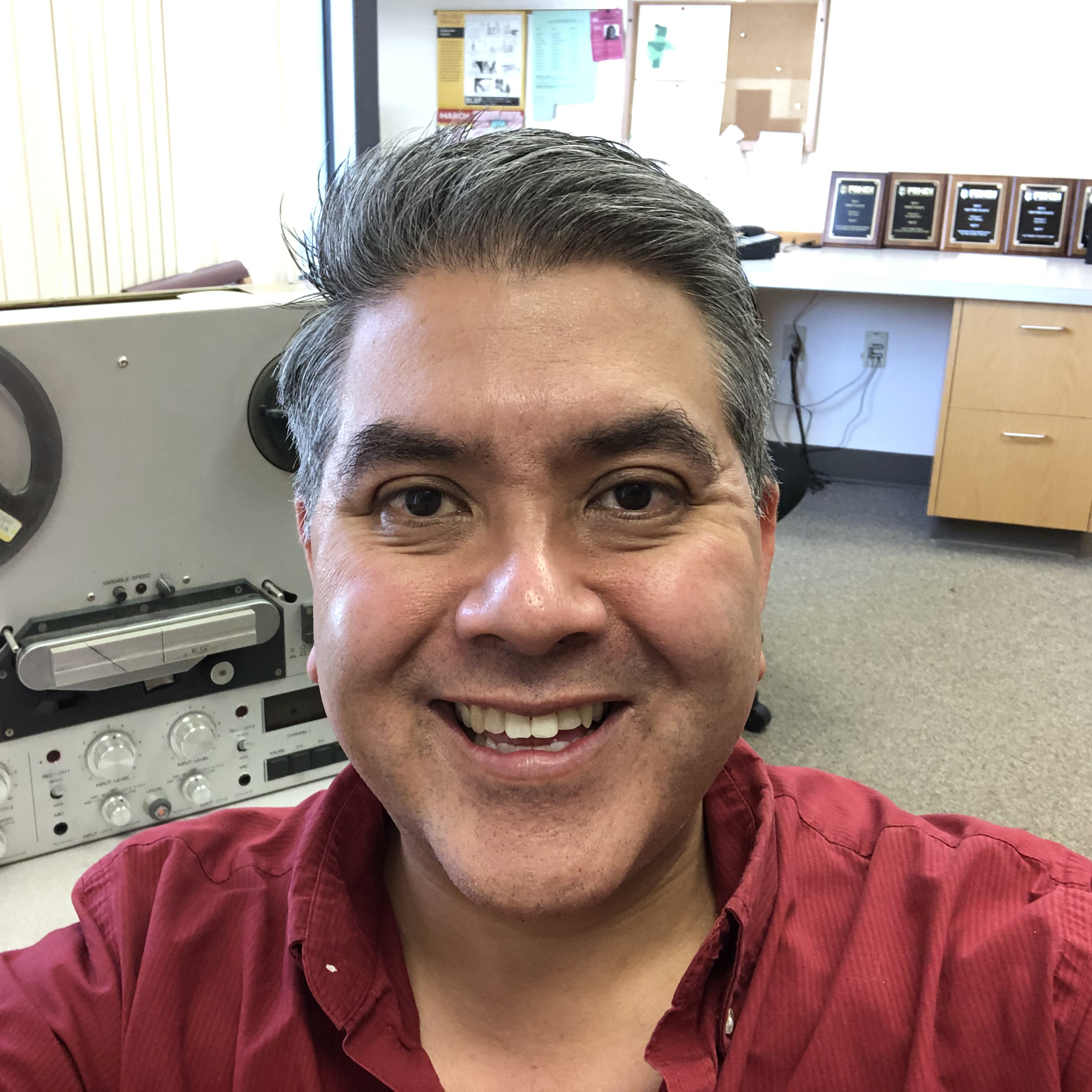