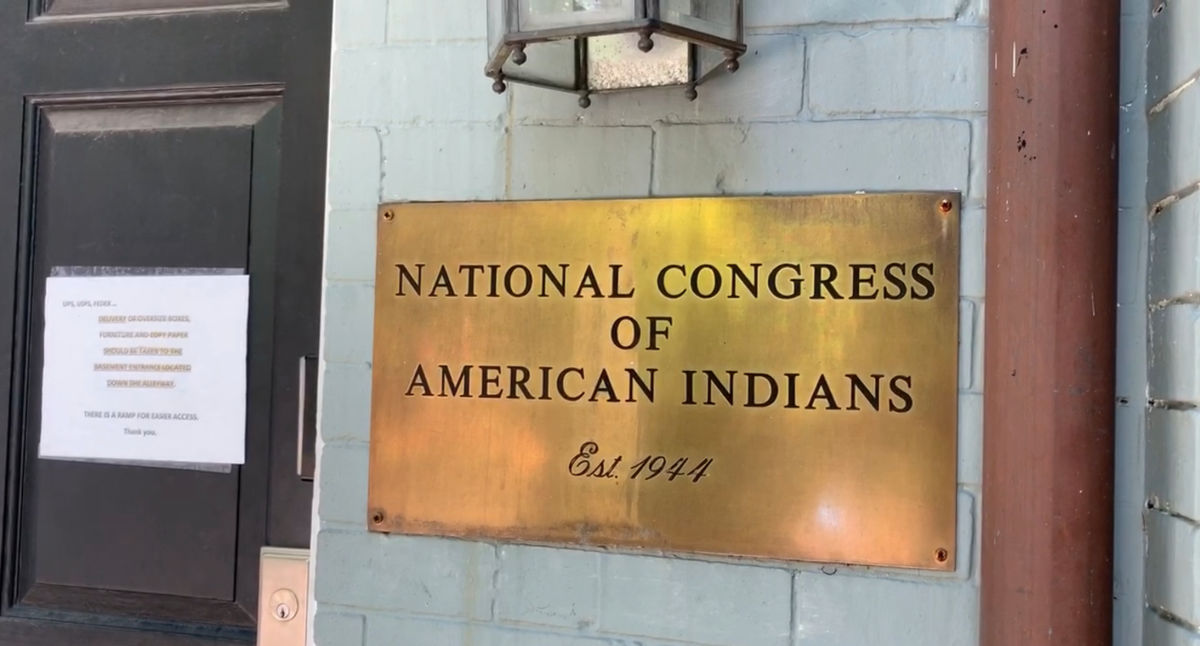 The former Chief Executive Officer of the National Congress of American Indians alleges he was dismissed in retaliation after disagreeing with its governing body about a sexual harassment investigation and the firing of non-Native employees, according to a lawsuit set to be heard in a Washington D.C. court.

NCAI has denied any wrongdoing and had sought to have the case moved to the federal United States District Court for the District of Columbia. On Sept. 19, a federal judge denied that request and said the state-level D.C. Superior Court, where Desiderio’s allegations about NCAI violating the D.C. Human Rights Act, can be heard.

In his lawsuit, Desiderio said the “antagonism” and “harassment” he faced, as well as his eventual dismissal, left him feeling “humiliated and embarrassed,” according to court documents.

“This retaliatory action has resulted in public humiliation, damage to [Desiderio’s] reputation, embarrassment, mental distress, loss of life’s pleasures, and has damaged him in his trade and profession, which will result in loss of future earnings, and earning capacity,” according to the lawsuit.

Desiderio, Sappony, was fired as CEO in August after less than a year leading NCAI.

Desiderio was put on administrative leave ahead of the organization’s mid-year conference in June, but NCAI board president Fawn Sharp, Quinault, didn’t provide any details about what led to the decision.

Desiderio filed his lawsuit on June 24 after NCAI’s governing board placed him on administrative leave.

Desiderio’s disagreements with NCAI officials began after he launched a sexual harassment investigation involving the group's former general counsel, according to the lawsuit. But, he alleged, the organization’s governing board — despite his protests — “usurped his authority” and launched a second inquiry using a different law firm than the one he had already hired.

He claimed that Sharp then refused to consider the findings of the firm he hired and instead relied on the second firm's investigative findings, which Desiderio said was a “sham” meant to come to Sharp and the executive committee’s “preferred outcome” of a conclusion that the former top lawyer, Max Muller, should be fired.

The disagreement resulted in NCAI officials stripping Desiderio of his power to oversee the harassment inquiry and handle personnel matters, according to court documents.

In addition, he said NCAI officials then criticized his decision to hire Muller and another high-ranking NCAI employee because they weren’t Indigenous and pressured him to fire them. Desiderio said this would violate the D.C. race-based discrimination law. However, he alleges that Sharp ordered him to tell the two employees that their contracts would be suspended and not renewed, according to the lawsuit.

In court documents responding to Desiderio’s allegations, NCAI has denied that its second investigation was improper and that the D.C. human rights law does not prevent personnel inquiries into issues like sexual harassment. The organization also said in its response that the two former employees don’t qualify for protection under the D.C. law because they were independent contractors and not employees.

NCAI also said, pointing to pay stubs filed in court as evidence, that it had paid Desiderio for the owed paid time off, as well as denying that he was entitled to a raise, saying that he was eligible for — but not guaranteed — one.

Underscore News and ICT have reached out to NCAI for a statement.

Desiderio is asking for $5 million in the lawsuit.

NCAI named Larry Wright, Jr., as the CEO, the organization’s top employee to handle day-to-day operations, earlier this month. Wright is a former chairman of the Ponca Tribe of Nebraska.

This story is co-published by Underscore News and ICT, a news partnership that covers Indigenous communities in the Pacific Northwest. Funding is provided in part by Meyer Memorial Trust.