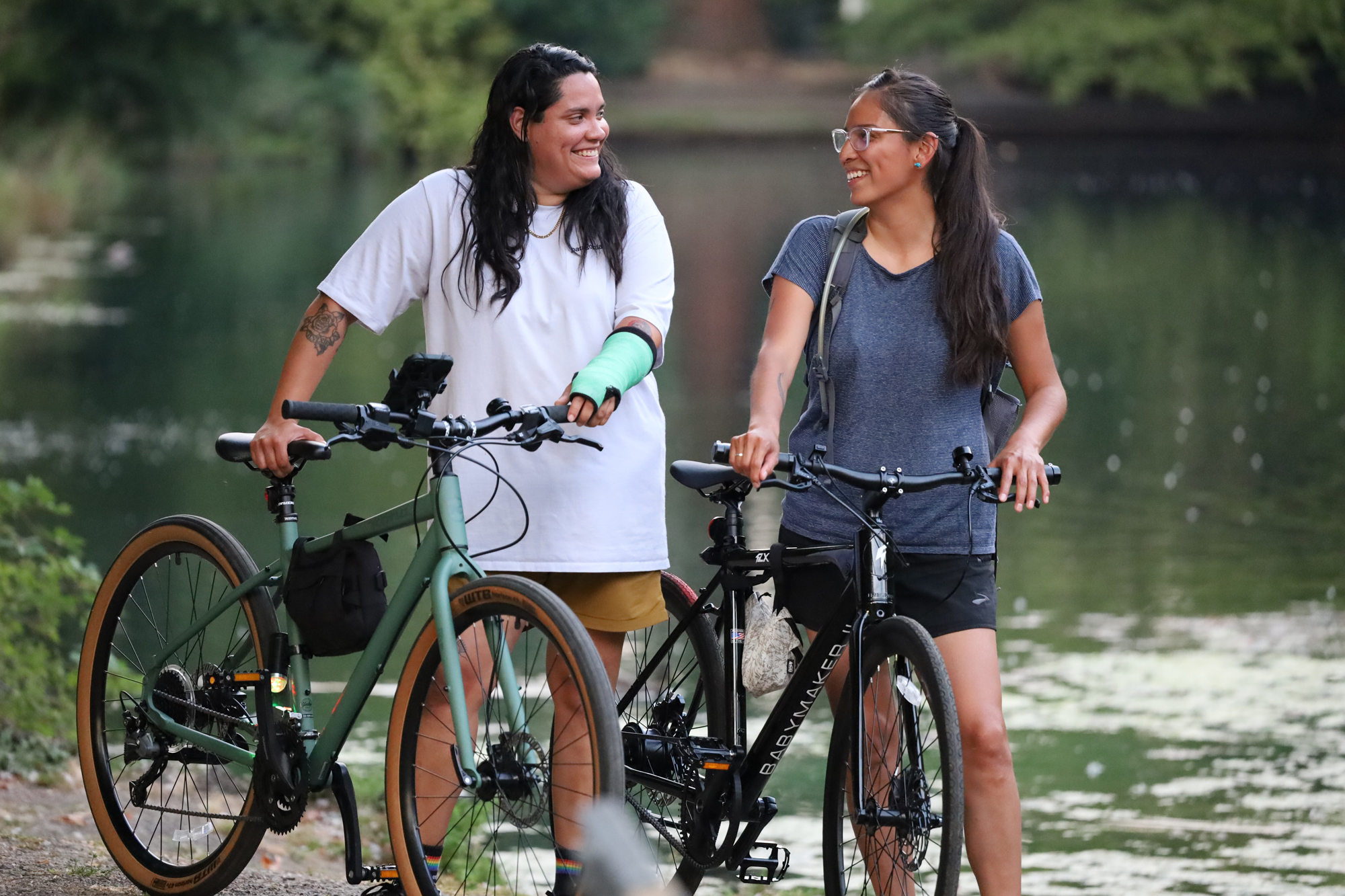 Inaugural Native and Indigenous Pedalpalooza Ride Set to Roll Out

‍Two decades of eclectic community bike rides loosely organized in Portland each summer by a team of volunteers have brought people from all walks of life together to partake in rides ranging from The Britney Spears Ride to the World Naked Bike Ride.

But until now, Pedalpalooza has never had a ride geared exclusively toward Native and Indigenous riders.

The nine-mile Native and Indigenous Bike Ride, scheduled for Aug. 27, is open only to those who identify as Native American or as Indigenous to communities outside of the United States. The ride will traverse the city from the downtown waterfront area to Laurelhurst Park before ending at Portland State University's Native American Student and Community Center. That part is open to everybody for a celebration with food, music and vendors.

Portland’s annual Pedalpalooza was launched 20 years ago, when the international traveling festival Bikesummer stopped in town. Organizer Meghan Sinnott has been actively involved almost since the beginning.

“I had no idea that anything that we were doing was going to last,” Sinnott said. “We took on this itinerant festival and it made magic happen in the summer.”

Though the 2020 festival was canceled, its 2021 resurgence included more than 600 events. Anyone can host and lead a ride by posting to the Pedalpalooza calendar.

“We've realized we've grown so much — there's so many community events that are getting put up in this calendar — that we've expanded it now to three months,” Sinnott said.  “So we're now the whole summer.”

Alexis Vazquez and their partner Nanette Beyale love attending Pedalpalooza rides. But they saw a need for spaces that specifically welcome Native American and Indigenous riders. Beyale and Vazquez say they wanted to increase the visibility of their communities and ensure that everyone who wanted to join in would have access to a bicycle.

“We've been going to a lot of Pedalpalooza events, and we started connecting with things like BIKEPOC and realized there wasn't really any [Native or Indigenous] events on the calendar, and nor was there really many spaces for Native or Indigenous people,” Vazquez said. “This is something that is clearly missing.”

Last August, Savina Zuniga organized a similar bike ride, called “We Ride On Native Land.” The goal of the event was to raise awareness about the history of the land and to celebrate the original inhabitants of the Portland metro area. Zuniga also did fundraising to purchase bicycles, helmets, and bike locks for attendees.

Beyale and Vazquez wanted to expand on last year’s ride and create a space to foster solidarity and community building for citizens of the numerous tribal nations, as well as those who identify as Indigenous to communities outside of the United States.

Vazquez, who identifies as Taino, a group of people Indigenous to what is now Puerto Rico, and uses they/them pronouns, moved to Portland five years ago from Brooklyn, New York.

“I wouldn't identify or take space in places where they were ‘Native only,’ just because that's just not how I identify,” Vazquez said. “It's not where my roots are from, but my family is Indigenous to Puerto Rico. So that's how we identify; that's why we wanted to kind of come together and make a space for both.”

Vazquez loves connecting to the outdoors through biking, kayaking and being out on the water.

Beyale, a citizen of the Navajo Nation who uses she/they pronouns, moved from Shiprock, New Mexico to Oregon around the same time Vazquez arrived. Now the rock-climbing paddle boarder is an architecture student at Portland State University.

Both Beyale and Vazquez acknowledge that although they are Indigenous, they are guests in Oregon because neither has ancestral ties to the area. Like Zuniga, they want to center the event around solidarity and spreading awareness that the Portland metro area rests on traditional village sites of the Multnomah, Wasco, Cowlitz, Kathlamet, Clackamas, Tualatin, Kalapuya, Molalla, and many other tribes who made their homes along the Columbia River.

Beyale hopes the ride and the celebration afterward will be an opportunity for Native American and Indigenous people to have conversations about Indigeneity and solidarity.

“I've had a lot of hard and uncomfortable conversations with what solidarity means and what it means to be in solidarity between a Native American and Indigenous person,” Beyale said. “So I guess this is kind of me and my way of embracing that kind of awkwardness and not shying away from it. And wanting to learn more, and how I could be a better ally, and how someone could be a better ally to me.”

Beyale, like many others interested in this event, does not own a bike and says she would not be able to attend any Pedalpalooza events without access to publicly available bikes through BIKETOWN. Beyale and Vazquez reached out to the organization, a bike-share program operated as a public-private partnership between Lyft, Nike and the Portland Bureau of Transportation, which provides 1,500 bikes at more than 180 stations across the Portland metro area.

BIKETOWN has worked in collaboration with similar events in the past, like the “Juneteenth” and “Stop Asian Hate” rides.

Tom Rousculp, regional marketing manager for Lyft at BIKETOWN, said when he saw the Native and Indigenous Bike Ride, it seemed like a natural fit.

“I'm always looking for opportunities to connect with people that are doing fun, interesting and different kinds of events,” Rousculp said. “We try and make sure that anybody that wants to participate has an opportunity to participate. So like, ‘No bike? No problem. We'll take care of it.’”

BIKETOWN is providing a $50 credit through the Lyft app for everyone who registers for the Native and Indigenous Bike Ride. Registration is free. Using a BIKETOWN bicycle costs $1 to begin, and 20 cents per minute during use. The nine-mile ride itself is estimated to cost about $20. Rousculp says participants can use the approximately $30 remainder for future transportation costs.

Beyale and Vazquez also created a GoFundMe to raise money to secure the venue, hire a photographer and DJ, and provide food for participants.

Beyale said a lot of the ride’s sponsorships are coming from non-Native supporters.

“Part of solidarity is having money coming from somewhere that's not from us,” Beyale said.

The organizers were surprised by the response and support.

“We've had a lot more interest than we ever thought we would,” Vazquez said. “We were able to raise over $1,000 in four days, which is like the quickest, I think, either of us fundraised anything.”

Native and Indigenous community members have sent numerous messages asking how they can help.

“And we've been kind of turning that back on them and asking, ‘No, we want this event to be like, what can we give you?'” Beyale said.

Beyale and Vazquez want to reinvest the money they’ve raised back into the Native and Indigenous communities of Portland. They hired Killer Taco as the food vendor, Carter Silago as the event photographer and DJ Gila Suspectum for the after-party. They have also invited other Native and Indigenous artists and vendors to attend.

One of Pedalpalooza’s goals is to create a fun and safe environment for everyone to come together and make Portland a better place on bikes.

“It's simply the overlapping of individuals, communities and cultures,” Sinnott said. “Overlapped with this fantastic mode of transportation that enables individuals to move about the city in a safe and fun and collaborative manner.”

Beyale and Vazquez are pleased with the community's response. The first person to register for the event was a 15-year-old girl, and Beyale and Vazquez say that is the exact demographic they were hoping to reach by creating the ride.

“I wanted, especially, girls that looked like me and were a young age to know that, ‘Hey, there's a space for you,’” Vazquez said. 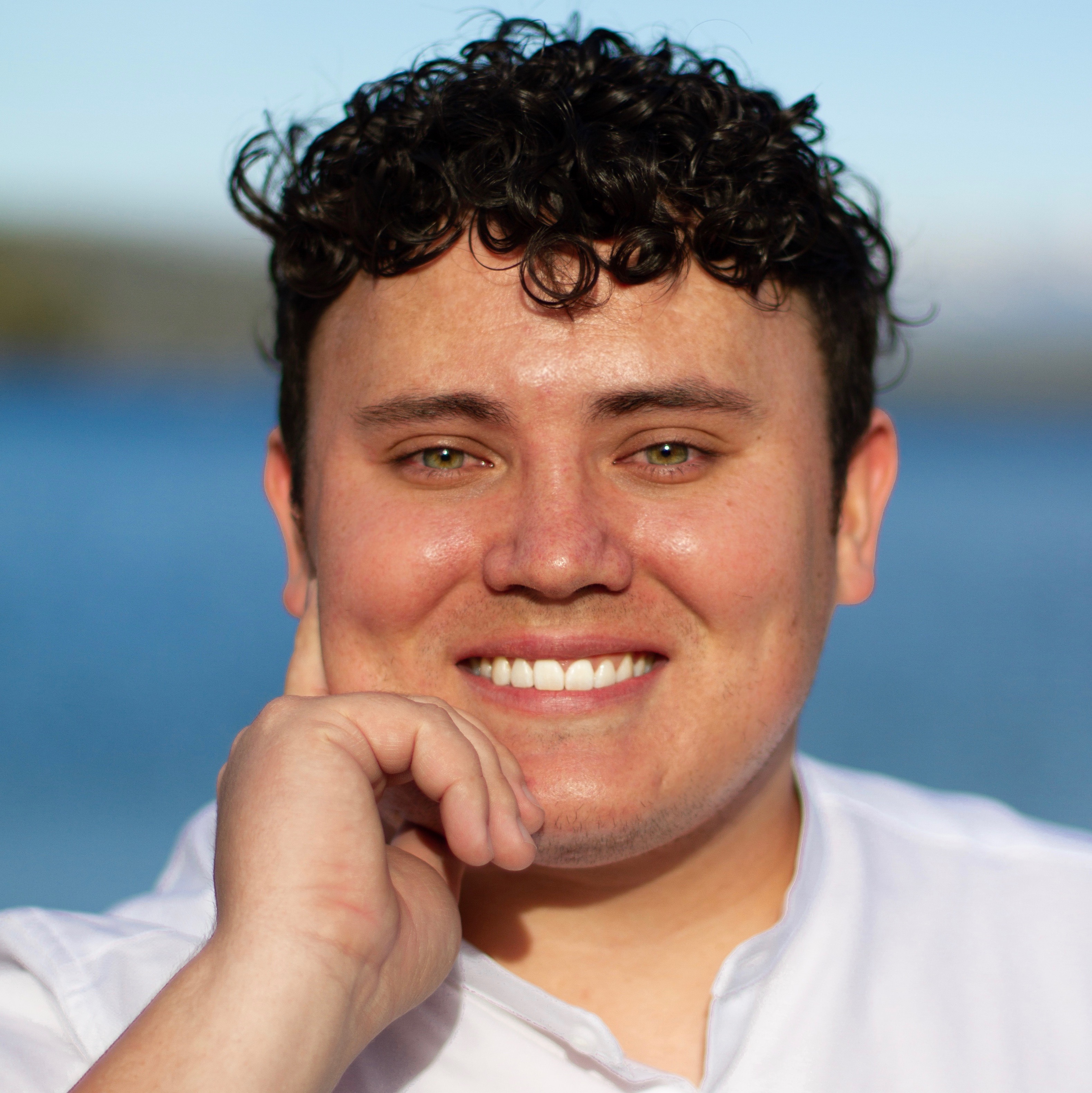