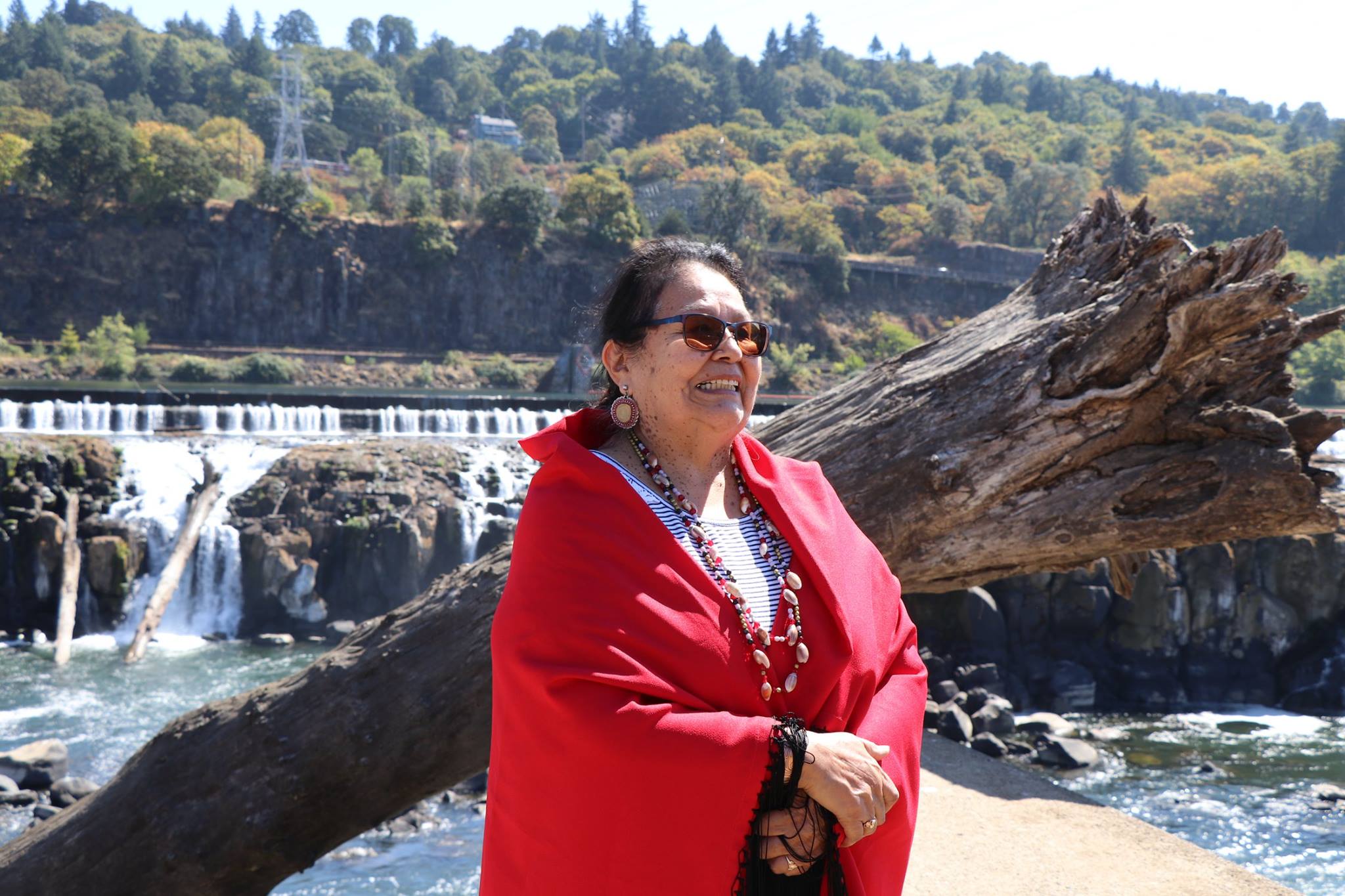 Landless in Her Own Land

In 1954, the Western Oregon Indian Termination Act removed federal recognition of the Confederated Tribes of Grand Ronde, and the tribe spent the next three decades fighting to restore it. Cheryle A. Kennedy, the tribe’s chairwoman, shares her personal experience, as told to Underscore News' Karina Brown, of losing federal status and her support for the Chinook Indian Nation.

Editor’s note: This story is part of a series that illuminates the historical context of tribal law in the Pacific Northwest and examines cases where tribes and tribal members have used federal courts to expand their rights under federal law. The series also explores the growing authority of tribal courts and their role in exercising the inherent rights of sovereign Indigenous nations, as well as the way federal and state laws restrict tribal courts’ operation. Read the entire series here.

This series is supported by the Data-Driven Reporting Project.

I was terminated in 1954 as an individual member of the Confederated Tribes of Grand Ronde. I was always an Indian person, my parents, my grandparents, all of us. When we knew that there was the attempt, my father, my mother and others in our family got together. I was a child but I knew this was very serious business that was going on with our tribe. All I knew was that they were saying, "This is bad. They are going to do away with us." As a child, I was thinking, "What does this mean?"

Grand Ronde had a reservation with health and governmental services here and all that was taken away. It was gone. There was no longer the reservation here and many of the homes were lost, because they became taxable. The homes and the land was lost, everything was stripped away and there was no compensation for any of the taking. And they said we were no longer Indian as well. I thought, "How can they do that? What do they mean?" Of course their process was through tribal enrollment and that’s what they meant.

My father was an engineer and we lived at Warm Springs. But even being full Indian, we couldn’t access any of our services there. We couldn’t go to the clinic, we weren’t eligible for any of the educational opportunities, we were not considered Indian by the federal government and therefore we were not able to receive federal services.

Being landless in your own country is a horrible thing. There’s no place to really call your home. Our people were buried in our cemeteries. But there was no place to do the ceremonies I grew up with. Subsistence hunting and fishing was gone. Normally, we would travel to the Willamette Falls and gather our eels. We would fish and we would hunt and all of that was gone. So it was a very, very traumatic time for anyone not being recognized as being Indian or having a tribe.

It shakes you to the core, because according to all the sociological norms, to be healthy, identity is critical to your core of who you are and when you experience that — that the U.S. of A, the greatest nation on earth, doesn’t see you, doesn’t recognize who you are — then you aren’t who you are. So that causes a lot of trauma and part of it is your health conditions are worse and you may not achieve all that you could have possibly been because you don’t have a forum to achieve your academic pursuits.

That was a horrible, horrible thing.

Once we knew that there were efforts at restoration and I had been involved in helping my cousins who were the spearheaders of the restoration act, it was with all enthusiasm that we threw in whatever we had. There were no funds — we used our own funds — to travel, to gather together, to put together a little newsletter. Our cemetery was really a focal point that kept us together. We had a big event where we would be able to see all our relatives, because everyone moved away. There was no place to live here. There was a core of people who managed to stay in the area, but it was the cemetery — our ancestors — who really kept us together, and we kept coming back year by year and saying we’re going to do this. This wrong that has been done to us, we will fight it. And in the end, restoration was achieved in 1983.

Even though it’s been 39 years, we are still working at restoration of our culture. Because the language piece, we have people now who have relearned the language and are teaching our young children the ceremonies we had, like giving thanks when you shot your first deer or elk or fish. So now we are returning to those kinds of ceremonies.

You’re talking about your soul has been damaged and now for us it’s been put back together again, and so that is our prayer and our hope for the Chinook tribal people: that this will be a thing of the past as well and they will soon be talking about, "This is what we are doing today and how we are getting well."

Cheryle Kennedy is the chairwoman of the Confederated Tribes of Grand Ronde.