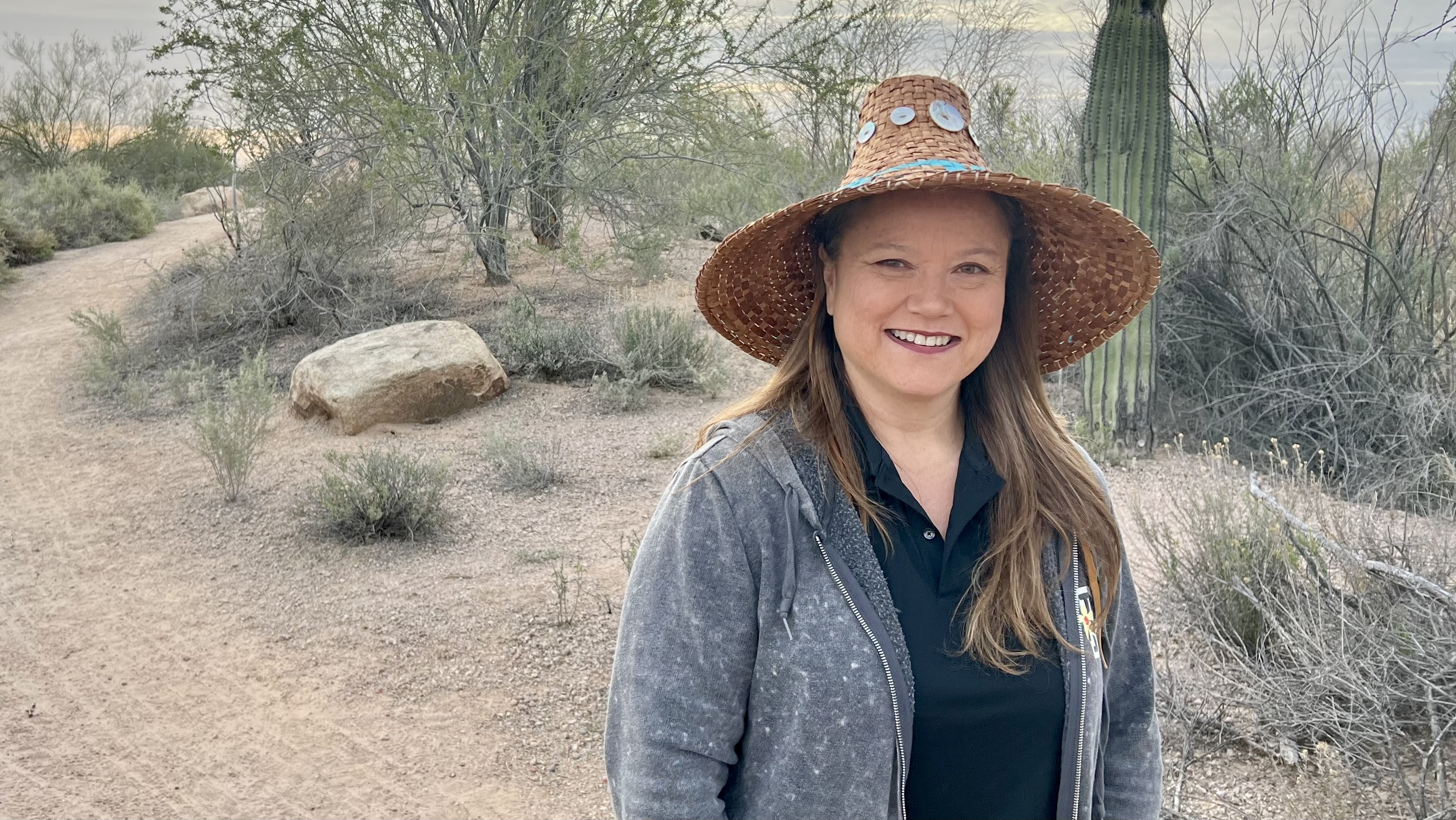 Leadership, including President Fawn Sharp of the Quinault Indian Nation in Washington state, met in Arizona to work on a ‘strategic direction’ for the organization.

GILA RIVER INDIAN COMMUNITY — Leadership for the largest and oldest Native organization advocating on behalf tribal governments gathered here in-person for the first time since the start of the COVID-19 pandemic.

The National Congress of American Indians’ executive committee met on March 19-20 for a strategic planning retreat on the homelands of the Akimel O’otham and Pee-Posh in the Gila River Indian Community in Arizona. Gila River Gov. Stephen Roe Lewis, who was elected in February as the organization's recording secretary, hosted the retreat at the Gila River Wild Horse Pass Resort and Casino.

In an interview with Indian Country Today, NCAI President Fawn Sharp said the retreat allowed the executive committee to work on a “strategic direction” for the organization. Sharp is the vice president of the Quinault Indian Nation in Washington state.

“We’ve long known that the Congress has been a D.C.-centric nonprofit organization and we really are pushing NCAI to be a tribal nation-driven responsive Congress of sovereign tribal nations,” Sharp said. “We wanted to really take a hard look and evaluate who we are as NCAI, who we are serving and what is our direction. Oftentimes we react to the federal government, to ‘dear tribal leader’ letters, but we know that there is significant power in Indian Country and that power lies within each and every tribal nation.”

A highlight from the retreat was the new Sovereignty Institute initiative, which will provide tools and resources to tribes to expand self-governance and self-determination. The initiative includes the organization's policy research center, new leadership development and tribal programs and civic engagement.

“Throughout any given year, any tribe in any region can be challenged, and we saw that over the last couple of years,” Sharp said. “When there is an attack on tribal sovereignty, we have to be able to respond to that unapologetically and aggressively, and unleash the voice of all of Indian Country, unify the voice of Indian Country to confront it. That’s a core mission of NCAI, so we want to be able to do that in a very dynamic way, a very proactive and aggressive way to ensure that tribal sovereignty remains, not only advancing, but advancing in a strong, powerful way.”

Lewis told Indian Country Today that meeting in-person was a valuable opportunity for the committee.

Before heading home on Sunday, some members of the committee met before sunrise, away from the resort and near a walking trail to reflect on the first day of spring.

“When we called for this meeting, we wanted to leave a cold, dark season of winter,” Sharp said. “We’ve been through a lot, we’ve been through a dark period, we wanted to welcome a new day, a new day of opportunity, of renewal, of hope, of inspiration. This is the first day of spring. After coming together to look at a new strategic direction, we wanted to commit that direction to prayer, to call upon our ancestors, to our creator to join us, to support us, to guide us and to bless us.”

Here are some other notable remarks made by Sharp to Indian Country Today:

“We are certainly keeping an eye on funding levels. The most important decision they make every year is an appropriations decision, how they spend their money and where their priorities lie, and even this year during a pandemic, we’ve seen just slight increases in a budget during this last month when we were expecting significant increases in health care, for example. We are very grateful for the massive amount of resources deployed during the pandemic, but we look at that as a downpayment because pre-pandemic, you can look to the Broken Promises report, Congress year after year failed to uphold its trust responsibility to fund us at a level that prepared us. That is why we were so vulnerable to a pandemic.”

On the Biden administration…

“The Biden administration has been very responsive within days of taking office. There were a number of actions to support tribal nations, a call for improving our government to government relationship through consultation and making it meaningful … Appointing (Interior Secretary) Deb Haaland to serve was a significant, historical move and we’ve just seen the work that has come out of her office. Her relationship with tribal nations has been unprecedented. So, significant wins and victories in this first year and we are looking to build on that over the course of the next three years.”

On the Violence Against Women Act reauthorization…

“The VAWA reauthorization was so critically important for our communities, for public health and safety, and for tribal sovereignty … To live to see the day when the president of the United States signed after Congress passed, almost 44 years to the day, March 10, 2022, (of the Oliphant v. Suquamish Indian Tribe decision) to restore what was wrongly and unjustly taken from us, a core part of our sovereignty, our inherent ability of our tribal courts to mete out justice for non-Indians who commit crimes against our women, our children, our law enforcement officials. So it was truly an important day, an historic day, for us to witness that.”

This story originally appeared on March 21 in Indian Country Today. 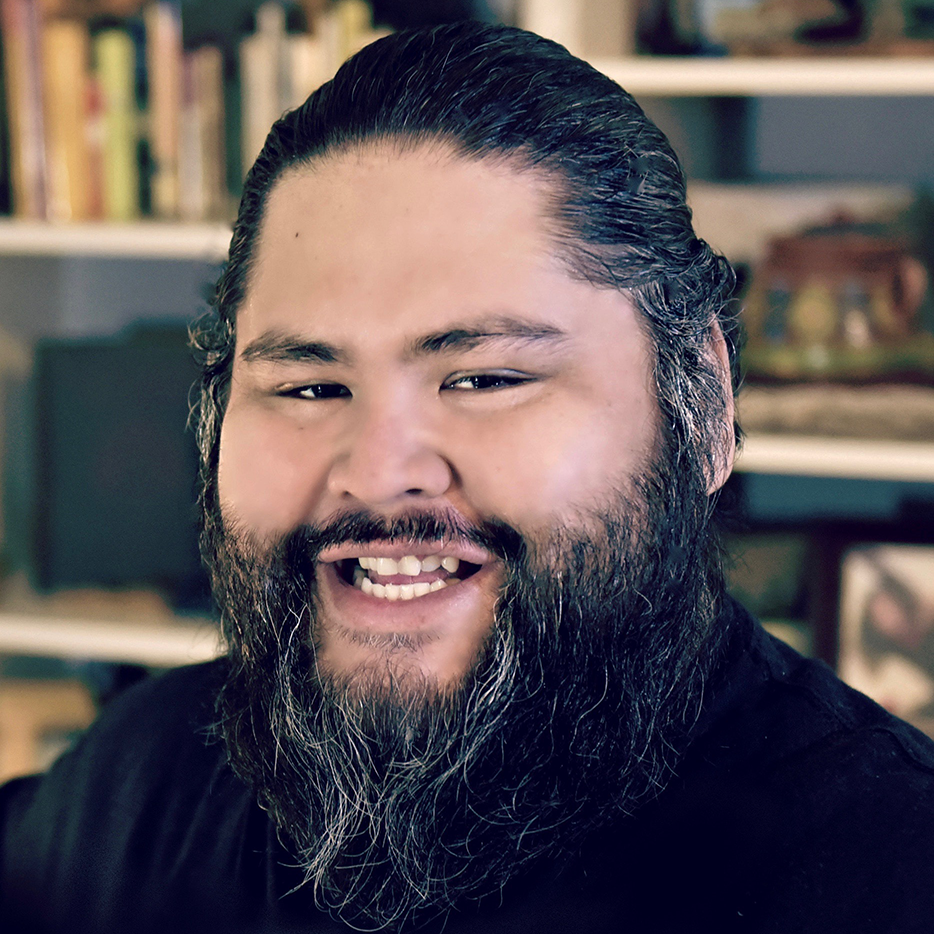 Dalton Walker is the managing editor for Indian Country Today. He started as a national correspondent in January 2020.

Walker, Red Lake Anishinaabe, is an award-winning journalist based in Phoenix.