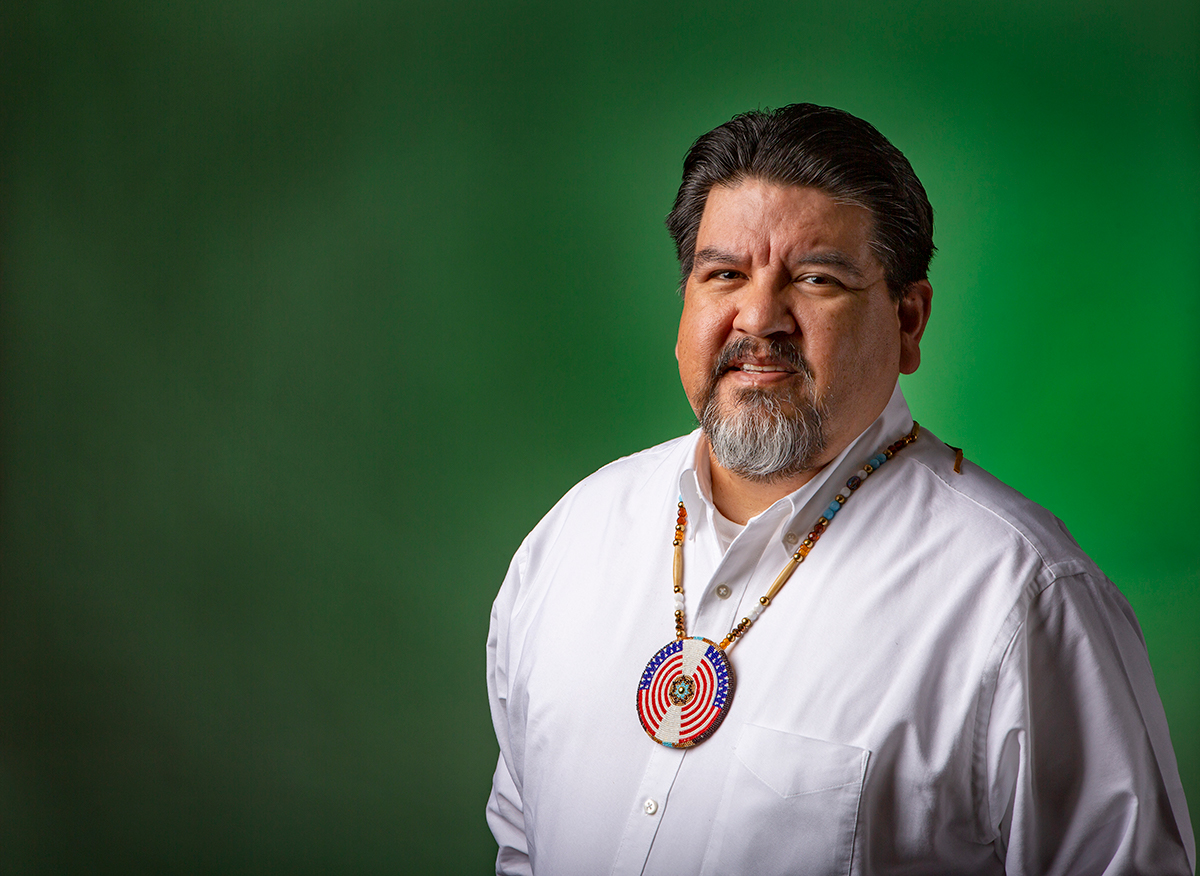 After Being Sworn in, First Native American Parks Director Faces a ‘Huge Task’

Oregon's Charles "Chuck" Sams III has a long list of challenges, while tribal leaders hope he will incorporate more Indigenous culture and history into the National Park Service's operations.

Those are just some of the challenges Charles “Chuck” Sams III will have to tackle as director of the National Park Service after officially taking leadership in a swearing-in ceremony on Dec. 16.

Sams’ background and citizenship with the Confederated Tribes of the Umatilla Indian Reservation also means some are optimistic he’ll work to improve how the agency and its hundreds of national parks, historic sites, monuments and recreation areas work with tribal nations and incorporate their history and culture.

“Everyone should have access to the outdoors no matter where they live, how much money they have, or what their background is,” Haaland said in a press release announcing the swearing in. “Chuck Sams understands the importance of connecting people to nature, and I am thrilled to work with him as the Interior Department works to make our national park system accessible to all Americans.”‍

Kat Brigham, chair of the Confederated Tribes of the Umatilla Indian Reservation’s Board of Trustees, said Sams has a big challenge tackling the current needs of the park service, but that she’s hopeful he’ll also prioritize improving the agency’s work and coordination with tribal nations and Indigenous people.

“He’s got a huge task,” she said. “But I hope, eventually, that he'll be able to help us tell our story about our traditions and our culture within the national parks area.”

Sams has a 25-year background in tribal administration and nonprofit natural resource and conservation management. That work has included facilitating land transfers and donations to the park service, in addition to working on park system lands with volunteers on conservation and invasive species management, among other related roles in public lands and conservation.

Sams will take over a park service that hasn’t had a permanent director since 2017.

Before he was confirmed in late November, a Senate committee tasked with vetting Sams questioned him about his priorities and how he’d address some of the more pressing needs of the agency and the 85 million acres of land it manages. Those priorities, he said, include tackling the agency’s $12 billion maintenance backlog. In 2020, Congress passed a $6.5 billion bill that aimed to address that backlog after years of underinvestment.

But for David Lamfrom, one of the most immediate issues is the mood among park service employees. Lamfrom is the vice president of Regional Programs for the National Park Conservation Association and works on community-building and reaching more diverse constituents.

He’d like to see a more diverse park service workforce. But first, he said, the workplace culture and concerns about harassment and gender discrimination have to be addressed, which Sams has recognized as a priority.

“I think building back that trust and morale within the agency is going to be a really top priority,” Lamfrom said.

The morale concerns and other staffing issues come amid surging popularity for the park service, with many national parks — like Zion and Glacier national parks — having experienced record attendance numbers in recent years.

“There's a lot of other issues that he's gonna have to deal with, like the fact is that during the pandemic, America fell in love all over again with our national parks,” Lamfrom said.

In addition to ensuring people can access the parks while making sure they’re adequately protected in the face of heavy attendance, he said he’d like to see the agency engage with groups who aren’t flocking to park service units and make them more welcoming for all.

“The demographics tell us that that flocking is not consistent across all communities,” Lamfrom added. “So there's attention and care that needs to be put into ensuring that communities who have felt disengaged from the parks, or have never felt engaged with the parks, can connect and feel welcome.”

Regardless, he said, Sams is “absolutely up for this” and is taking over at an important and potentially “transformational” moment.

In the press release, Sams said he is honored to serve and “incredibly proud to work with the dedicated employees of the National Park Service.”

“I have no doubt that together, we’ll be able to expand access to the outdoors, protect America’s public lands, and upgrade our nation’s infrastructure system,” he said.

Organizations like the National Congress of American Indians (NCAI) and other tribal leaders have been pressuring the park service to improve tribal consultation, improve access to historic and culturally significant sites or better protect them and include Indigenous history and culture as part of each park’s experience.

Brigham, who has years of experience working with Sams from his time as an administrator with the tribe, said he has the knowledge and experience to do just that.

“Chuck knows why the land is important to the tribe; we have been taught the need to take care of the land, so the land can take care of us … he knows the importance of family connecting to the land, traditionally, culturally, and in taking care of the land,” she said. “Those are things we don't have to educate him on, as we have had to try and educate other people.”

“As the Park Service’s first Native American director, Chuck is well-positioned to balance recreational uses and stewardship with our Tribal Nations’ needs to maintain our traditional and ancestral ties to these lands,” NCAI President Fawn Sharp said after Sams was nominated in August.

At the same time, Brigham said she and other tribal leaders are eager to help if he asks for it.

“We're willing to help, because it is going to be a huge task,” she said. “We know it’s not gonna happen overnight.”

Chris covers tribal affairs in the Pacific Northwest for Underscore.news and Indian Country Today and is a descendant of the Red Lake Nation and Leech Lake Band of Ojibwe. Chris covered Indian Country for two years as a Report for America corps member for Casper Star-Tribune and Montana Free Press. He won a Wyoming Press Association Pacemaker award for an investigation he wrote with a colleague at the Casper Star-Tribune about a secretive lobbying effort by a Wyoming tribe to derail gaming legislation that would have negatively affected tribal gaming revenue. 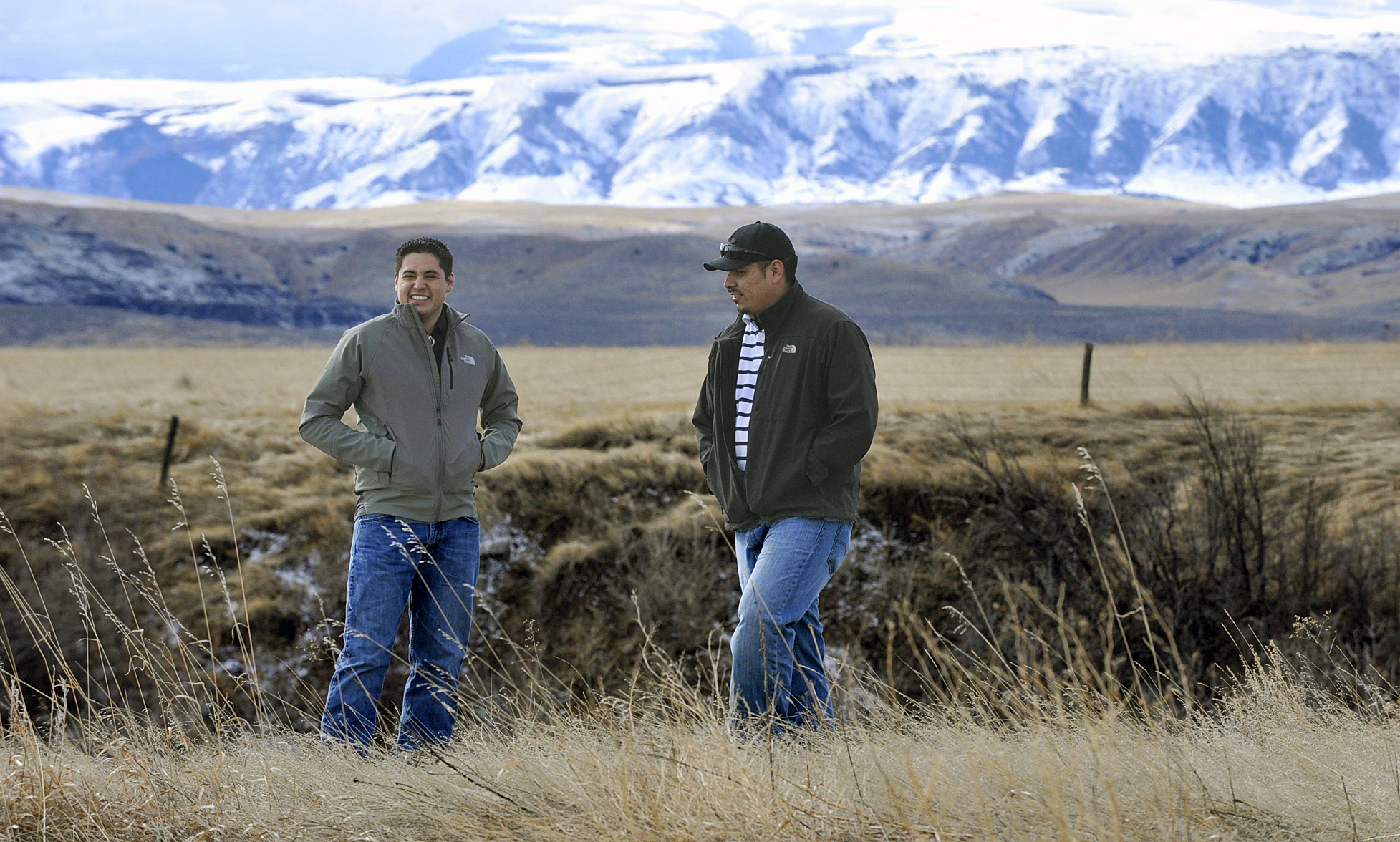