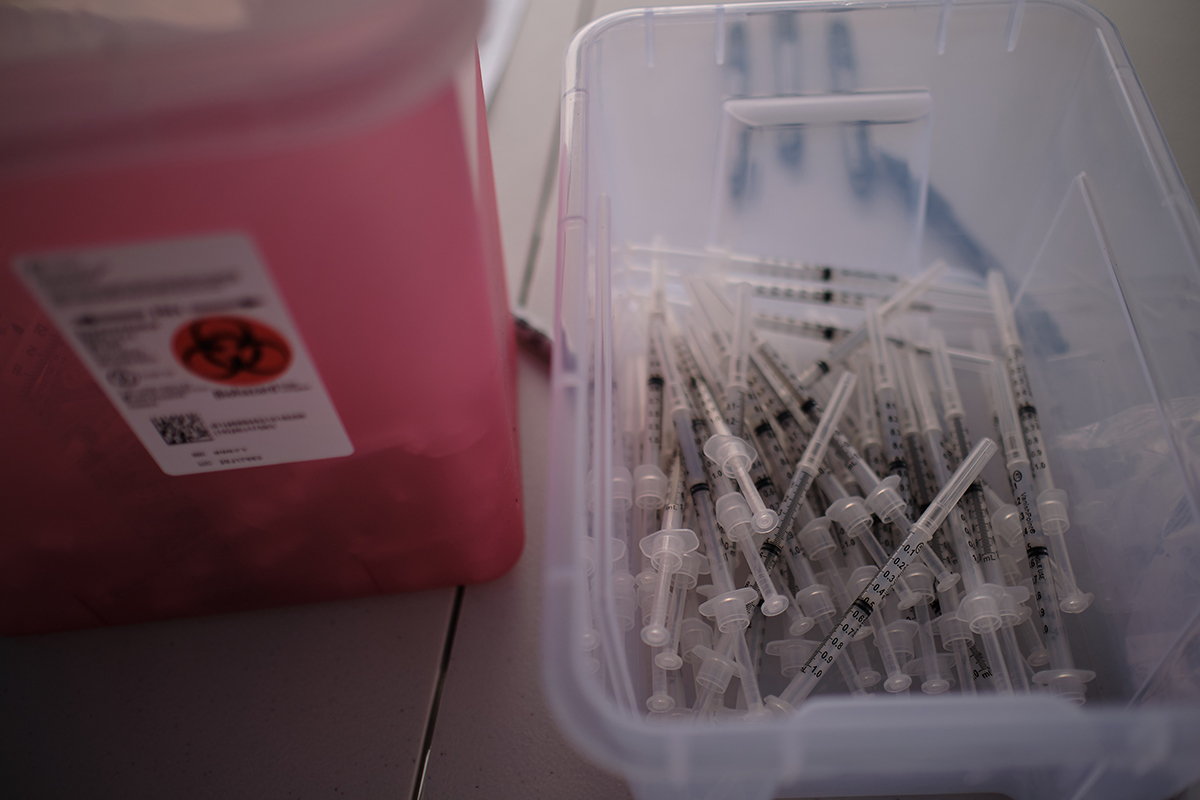 With President Joe Biden mandating vaccines or testing for millions of American workers, some tribes have signaled their support for the move by announcing their own mandates, many pre-dating the president’s statement, for tribal employees.

Last week, Biden announced a workforce vaccine mandate that would apply to any employer with more than 100 employees or any health care facility that receives federal medicare or medicaid money. Employees who don’t get vaccinated must get tested weekly. More specific details have yet to be announced for the mandate that affects up to 100 million Americans.

Amid the nationwide surge in COVID-19 cases from the more contagious delta variant, some tribes have again taken aggressive steps to mitigate the spread. The Blackfeet Nation recently re-implemented a mask mandate and the Oglala Sioux Nation closed schools on the Pine Ridge reservation due to an outbreak.

At the same time, at least a handful of tribal nations — many before Biden’s announcement last week — have mandated vaccines for tribal employees.

On Sept. 15, the Red Lake Nation Tribal Council voted unanimously to require tribal employees and for “all persons who enter the reservation for employment and business purposes,” according to the council’s resolution.

Exemptions from the requirement include pregnant women, children younger than 12 years old and for religious reasons. The council, however, noted that philosophical, scientific or political beliefs were not valid reasons for an exemption.

In the days since passing the resolution, Red Lake Nation Chairman Darrell Seki said in an interview with Indian Country Today that he’s received almost all positive feedback on the decision.

While most tribal citizens are vaccinated, and interest in getting tested or vaccinated remains high, Seki said the nation has been experiencing increases in the case numbers, mostly among the unvaccinated, after low case counts over the summer. On Sept. 15, he said the tribe had 58 active cases, with 11 being among those fully inoculated. It was the surge in cases that made the vaccine mandate necessary to protect the community and future generations, he added.

“We have to do something,” Seki said, adding that he is fully vaccinated. “We want everyone to be healthy and safe.”

Tribal leaders have yet to determine a vaccination deadline or what consequences those who refuse it could face, he said. Those discussions could come if workers still aren’t getting vaccinated.

“If they refuse it, then most likely more action will be done,” Seki said.

Another tribe that recently implemented a vaccine mandate for employees is the Northern Arapaho Tribe of Wyoming. The tribe’s business council voted on Sept. 7 — after tribal health officials reported 170 new COVID-19 cases the week before, a 70 percent increase — to require that all tribal employees at least have their first shot by Sept. 17.

“Earlier this summer, in June, we were seeing only a handful of cases each week,” the council said. “This rapid rise demonstrates how quickly the ‘delta’ variant is spreading, and the need to slow this surge before it coincides with the onset of cold weather this fall.”

Employees who ignore the mandate face firing or suspension, according to the tribal council.

“The Good news? The vaccines against COVID-19 are safe, effective and free,” the tribal council said in its announcement, which was signed by all of its members. “Getting vaccinated will not only help protect you, your family and community, it will allow all of us [to] return to normal more quickly.”

Still, it’s unclear whether the federal mandates will apply to tribes that haven’t mandated vaccines, said Mary Pavel, a tribal affairs attorney in Washington, D.C., and former chief counsel for the Senate Committee on Indian Affairs.

She said she’s heard from a lot of tribal clients, like gaming facilities, asking if the mandate would apply. But, Pavel said, that’s a tough question to answer until the federal government provides guidance, including information on who will pay for parts of the mandate like frequent testing for workers who don’t get vaccinated, on its workforce mandate. And even then, it’s not clear that Occupational Safety and Health guidance would be enforceable in Indian Country.

“We’re just going to have to wait and see,” she said.

But regardless of how the forthcoming federal mandates apply to tribes, Pavel said that those that have already implemented their own mandates “absolutely have the authority to make a mandate.”

Dean Seneca, a citizen of the Seneca Nation and public health expert with nearly 20 years of experience in infectious diseases and epidemics at the Centers for Disease Control and Prevention, said that is exactly what tribal nations should be doing.

While Seneca, chief executive officer of Seneca Scientific Solutions, said tribal nations have taken some strong actions, like setting up checkpoints on tribal land borders, as the pandemic disproportionately affected Indian Country, the focus now needs to be on vaccinating as many people as possible.

“So my whole thing is what should Native people be doing? Get vaccinated. There's nothing else to do,” he said. “We're so far into this pandemic, it's not like we can turn back and get back to core basics of public health — contact tracing, mask wearing, social distancing. All of that is all over now.”

This story is co-published by Underscore.news and Indian Country Today, a partnership that provides greater coverage of Indigenous communities in the Pacific Northwest. Funding is provided in part by Meyer Memorial Trust.