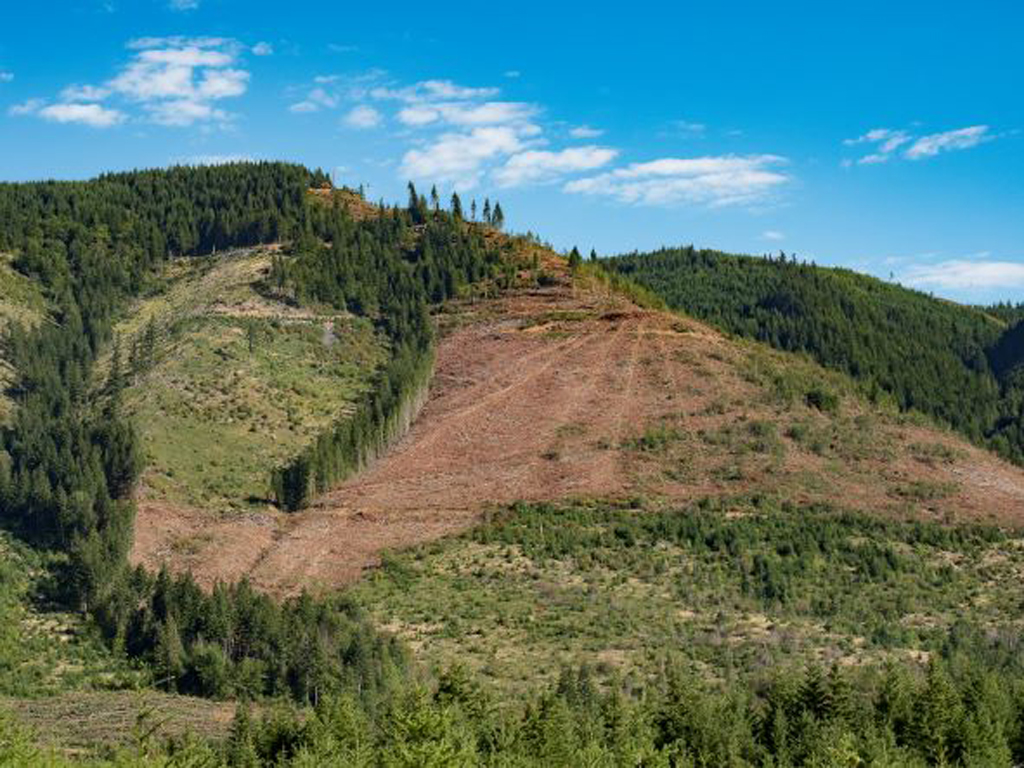 The bills were the result of an unlikely agreement struck between conservation and logging stakeholders over expanding environmental protections.

After decades of conflict, 10 months of tense negotiations and the stroke of a pen, Oregon’s outdated forest practices have gotten a major update.

The bills were the result of an unlikely agreement struck between conservation and logging stakeholders over expanding environmental protections in logging activities that occur on 10 million acres of private land across the state.

Under the new law, the state’s Department of Forestry will begin developing new rules on an array of logging activities, from forest road maintenance to establishing stream buffers to tracking beaver removals.

“[This is] really the most significant update to Oregon’s Forest Practices Act perhaps in the 50 years since its passage,” Jason Miner, natural resources policy advisor to Gov. Kate Brown, told state legislators during the recent session. “This is a rebirth, hopefully, of the Oregon way on some of the hardest issues that we’ve confronted over the past 40 [to] 50 years.”

In a March statement, the Portland-based Wild Salmon Center said the updates make “Oregon’s forest laws some of the strongest in the nation.”

But the landmark legislation is missing support from one key group: Oregon’s tribal governments.

Colin Beck, forest lands manager of the Confederated Tribes of Coos, Lower Umpqua and Siuslaw (CTCLUSI), told the legislature that the Governor’s Office failed to include them in the negotiations, and didn’t consult with the Tribes on the agreement before drafting legislation.

“This legislation has broad implications for tribal interests, and yet the Tribes were excluded from the year-long process of developing this legislation,” he said.

Though CTCLUSI supports updating logging laws, the Tribes cannot support an agreement that left them out, he added.

“State regulation of tribal forest practices is inconsistent with the principles of tribal sovereignty. And it is especially inappropriate to subject Tribes to forestry regulations, which were negotiated in secret by large timber interests and environmental groups without involvement or input from Tribes,” he said.

As the legislation wound its way through the two chambers of Oregon’s state legislature, the lack of tribal consultation came up frequently.

While tribal lands designated as trust lands or reservation lands aren’t subject to Oregon regulation, significant acreage of forestland that’s been purchased by Oregon’s tribal entities may fall under the purview of the Private Forest Accord.

Ultimately, the legislation was amended at the last minute to exempt tribally owned lands from the new foresting rules.

Representatives of CTCLUSI said the Tribes were left out of the process.

“We are the original inhabitants of these lands, we care deeply about our environment,” Julie Siestreem, vice president of CTCLUSI Tribal Council, told legislators. “We recognize the need to update the Forest Practices Act to provide greater protections for the fish and water that are so important for our Tribes. That’s it. We are very concerned regarding the lack of meaningful consultation with the Tribes on this issue.”

While emphasizing that the Klamath Tribes support updates to logging laws, Klamath Tribes “share the concerns about the lack of tribal consultation with Oregon’s Tribes.”

“We have been generally disappointed with the lack of consultation recently concerning issues of great import to Oregon’s Tribes,” Gentry wrote.

In response to questions from Columbia Insight about the lack of tribal involvement in the revision process, Gov. Brown’s Deputy Communications Director Charles Boyle said in an email that the parameters of the negotiations were established in the 2019 legislative session, and that Gov. Brown “did present the progress of the process to the Tribes several times during the negotiations.”

“Governor Brown and her staff have directly engaged with tribal leaders and tribal natural resources staff on these issues, and those conversations will continue during the coming months,” Boyle wrote.

Oregon was one of the first states in the nation to regulate forestry through its Forest Practices Act in 1971, enabling a robust logging industry to flourish.

Since then, attempts to update the law and enact environmental protections have failed to gain traction.

“And that’s not because of a lack of effort,” said Sean Stevens, executive director of Oregon Wild. Stevens was one of the negotiators that helped develop the new rules.

“There have been many, many runs at the ballot box, in the legislature [and] in front of the Board of Forestry to try to reform these rules,” he said during an information session on the Private Forest Accord earlier this year.

Conflict between logging and environmental concerns reached a fever pitch in 2019.

Conservation groups filed six separate ballot initiatives by 2020, while the logging industry filed three counter-initiatives. That’s when Gov. Brown’s administration stepped in to launch a mediation and negotiation process to bring the two sides together.

“Now frankly, those conversations have been very difficult for both sides,” Diane Meyers, vice president and assistant general counsel for Weyerhaeuser, told legislators during a public hearing on the bill. Weyerhaeuser is one of the state’s largest and oldest logging companies, and participated in the negotiations.

The two camps were ultimately able to hash out a 200-page report on updates to the OFPA.

“This stability makes Oregon an attractive place for the forest products industries’ continued investment, which benefits not only the operating environment or operating communities but also the entire state economy,” Meyers said.

The driving ecological issue behind the agreement was protecting aquatic species — namely salmonids — that are currently struggling to survive in Oregon habitats.

“Salmon and other freshwater species in the Pacific Northwest need cold, clear water, they need spawning gravel … they need large wood and deep pools for rearing and resting habitats,” said Kelly Burnett during an information session on the Private Forest Accord. Burnett is a fish biologist who formerly worked for the U.S. Forest Service’s Pacific Northwest Research Station in Corvallis.

The Private Forest Accord establishes new no-cut buffers, ranging from 50 to 110 feet, to protect trees that line streams and other waterways to help keep the waters cool; it also proposes guidelines for protecting forested areas along slopes and what Burnett calls “debris flow run-out zones” to help preserve the natural landslide and debris flow processes that form fish-friendly habitats in streams.

“These can provide streams with large wood boulders [and] spawning gravel, which are all really critical, important components of aquatic habitat,” Burnett said.

The buffers in the new law will preserve trees along rivers and streams. This will help preserve salmon, a critical food for Tribes of Oregon and central to their culture.

By developing a program of protections for aquatic species on private logging lands, participants in the accord hope to bring Oregon’s logging lands into better alignment with the habitat conservation principles recognized by U.S. Fish and Wildlife Service for managing species under the Endangered Species Act.

“The mediation really was aimed around trying to update the OFPA so that we could get a Habitat Conservation Plan for aquatic species,” Stevens said.

In one of the legislation’s final committee hearings, Republican Sen. Dick Anderson, whose district includes four of the state’s nine federally recognized Tribes, said he couldn’t support the legislation.

“I don’t believe there was adequate participation on [the Tribes] being invited as a stakeholder,” Anderson said. “We’ve been wanting to have inclusivity in all our policies and programs this session. I don’t think this met that requirement.”

Lead photo: The narrow strip of trees on this logged Weyerhaeuser land on the road to Lost Lake in Oregon was preserved as a buffer to "protect" a stream. The Private Forest Accord establishes new no-cut buffers, ranging from 50 to 110 feet. Photo by Jurgen A. Hess

Columbia Insight, based in Hood River, Oregon, is nonprofit news site focused on environmental issues of the Columbia River Basin.

Kendra Chamberlain is a freelance journalist based in Eugene, Oregon, covering environment, energy and climate change. Her work has appeared in DeSmog Blog, High Country News, InvestigateWest and Ensia.