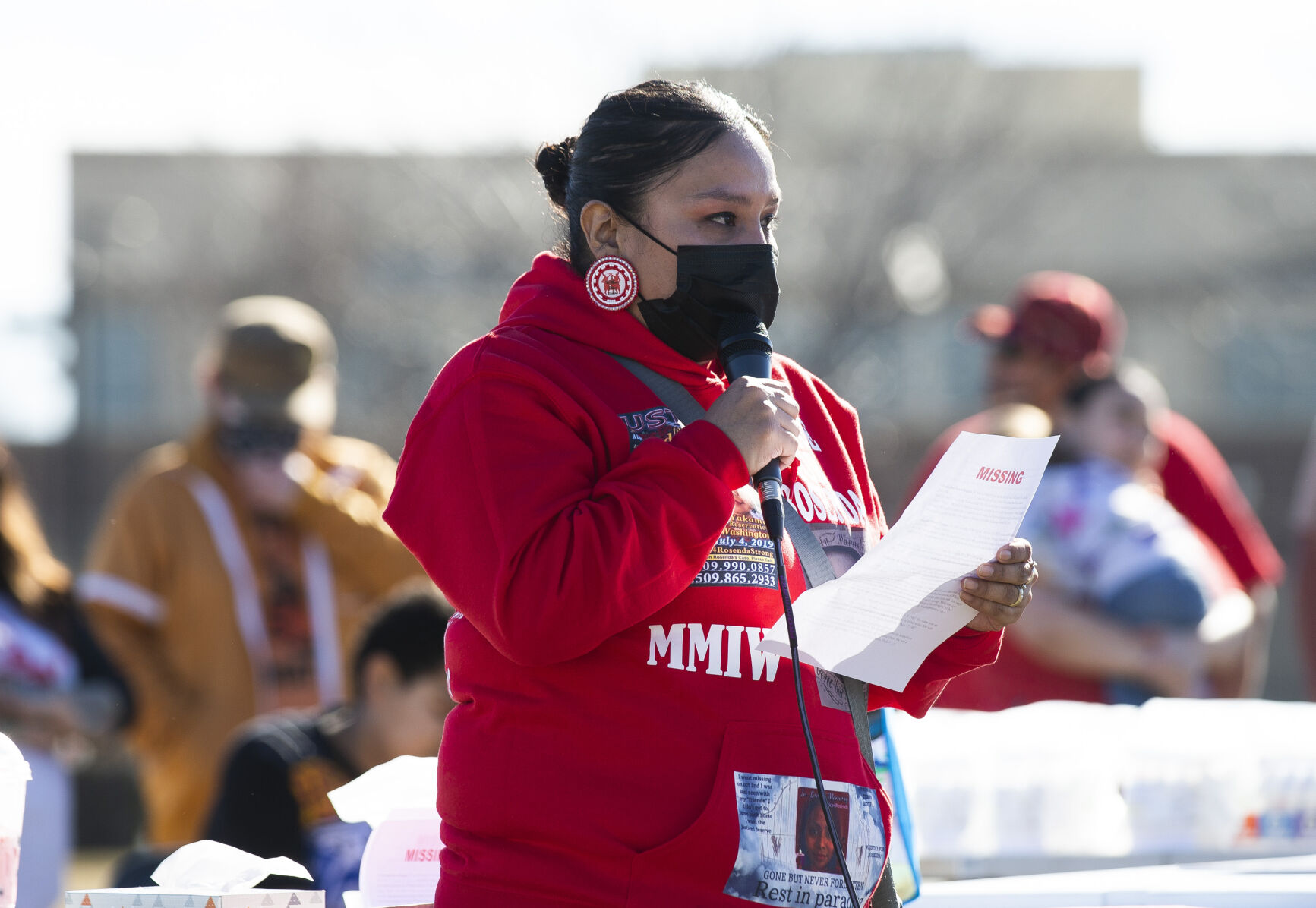 Following a March 31 signing ceremony attended by tribal leaders, community members and lawmakers, the new legislation will require statewide alerts similar to when a minor or vulnerable adult goes missing.

Beginning soon, when Indigenous people go missing in Washington, social media, radio airwaves and highways will be blanketed with their information to hopefully lead to them being found — the first state in the U.S. where that will be guaranteed.

That’s because Gov. Jay Inslee on March 31 signed House Bill 1725, creating the nation’s first statewide alert system for missing Indigenous people during a ceremony on the Tulalip Reservation in front of tribal leaders and community members, state officials and lawmakers. The bill was proposed by Washington Attorney General Bob Ferguson and sponsored by Rep. Debra Lekanoff.

When operational, the system — similar to the state’s “silver alert” for missing vulnerable adults — will help identify and locate missing Indigenous people, who, especially women, go missing at disproportionately high rates and face higher rates of violence and murder compared to other ethnic groups in the U.S.

Advocates like Lekanoff say the measure is just one step in addressing the complex crisis, but it’s another signal to “Native Americans who have said no one is doing anything to stop the crisis of our missing and murdered Indigenous people” that policymakers are acknowledging the problem and working to address it.

“There's no one solution to help us in our Native American community address the crisis that's happened to our women and our people,” Lekanoff, a Democrat and the only tribal citizen in the state Legislature, said in a March 30 interview before the signing ceremony. “This is one of many tools in the toolbox.”

When activated, the first-of-its-kind alert will broadcast information about missing Indigenous people on electronic highway signs, through radio messages and across social media. An activation will also include the state alerting local and regional media through press releases. The bill is also meant to lead to better communication and coordination among law enforcement departments and other agencies in investigating cases, Lekanoff said.

The state Legislature unanimously approved the legislation earlier in March, reflecting a trend of Washington, other states, tribal governments and organizations, and the federal government increasingly working to address the crisis of missing and murdered Indigenous people.

In Washington, those efforts include a Missing and Murdered Indigenous Women and People Task Force created by the state Legislature last year to come up with recommendations of how to address the crisis in the state. The group began meeting late last year.

The 23-member group includes tribal nation leaders and community members, tribal advocacy organization representatives, state lawmakers, law enforcement officials and others. The task force is meant to build on the previous work of tribal nations and advocates in identifying the problem and potential solutions in Washington — where, according to the Urban Indian Health Institute (UIHI), Indigenous women are more than four times more likely to go missing than white women — and elsewhere.

In Washington, the problem is among the worst in the country. According to a 2018 report from UIHI, the group found that more than 5,700 Indigenous women or girls were reported as missing or murdered in 2016. The organization, which is a division of the Seattle Indian Health Board, also examined more than 500 cases from 71 U.S. cities, finding that Washington had the second most cases as a state, with Seattle having the most among the cities studied. Tacoma had the seventh most cases.

During the ceremony, Ferguson, the state attorney general, said the legislation was one of the first accomplishments the task force could point to and said other states could look to Washington’s alert system as a model to tackle the problem.

He also pledged that the alert system wouldn’t be the last reform “to ensure that we bring everybody back home” and that cases involving missing Indigenous people should include “accountability and justice.”

The Washington State Patrol will be responsible for operating the system, but Lekanoff said the missing and murdered Indigenous person task force, as well as broadcasters and the state Office of the Attorney General, will work together to develop and implement the plan. She said she hoped the system would be designed and implemented soon.

The ceremony also included Gov. Inslee signing several other bills affecting tribal nations and Indigenous people, like one strengthening tribal consultation guidelines in spending money for climate protection actions and another allowing Indigenous people serving sentences in tribal jails to be transferred to a state prison, where inmates have better access to rehabilitative programs, services and training.

In legislative hearings earlier this year before the bill was passed, and during the signing ceremony, supporters said the cases of missing Indigenous people often don’t receive the same level of attention or urgency as cases involving people of other groups. That means the burden of raising awareness about a missing person frequently falls on family members and friends.

Tulalip Tribes Chairwoman Teri Gobin said at the signing event that the lack of awareness contributed to perpetuating a feeling among Indigenous people that they “didn’t matter.”

“We’re finally getting to that place where we’re righting some of those wrongs,”she said.

Lead photo: Cissy Strong Reyes reads from a list of missing Indigenous people during a gathering for missing and murdered Indigenous people on Friday, Feb. 18, 2022 at Pioneer Park in Toppenish, Wash. Photo by Evan Abell/Yakima Herald-Republic

Underscore is a nonprofit collaborative reporting team in Portland focused on investigative reporting and Indian Country coverage. We are supported by foundations, corporate sponsors and donor contributions. Follow Underscore on Facebook and Twitter.