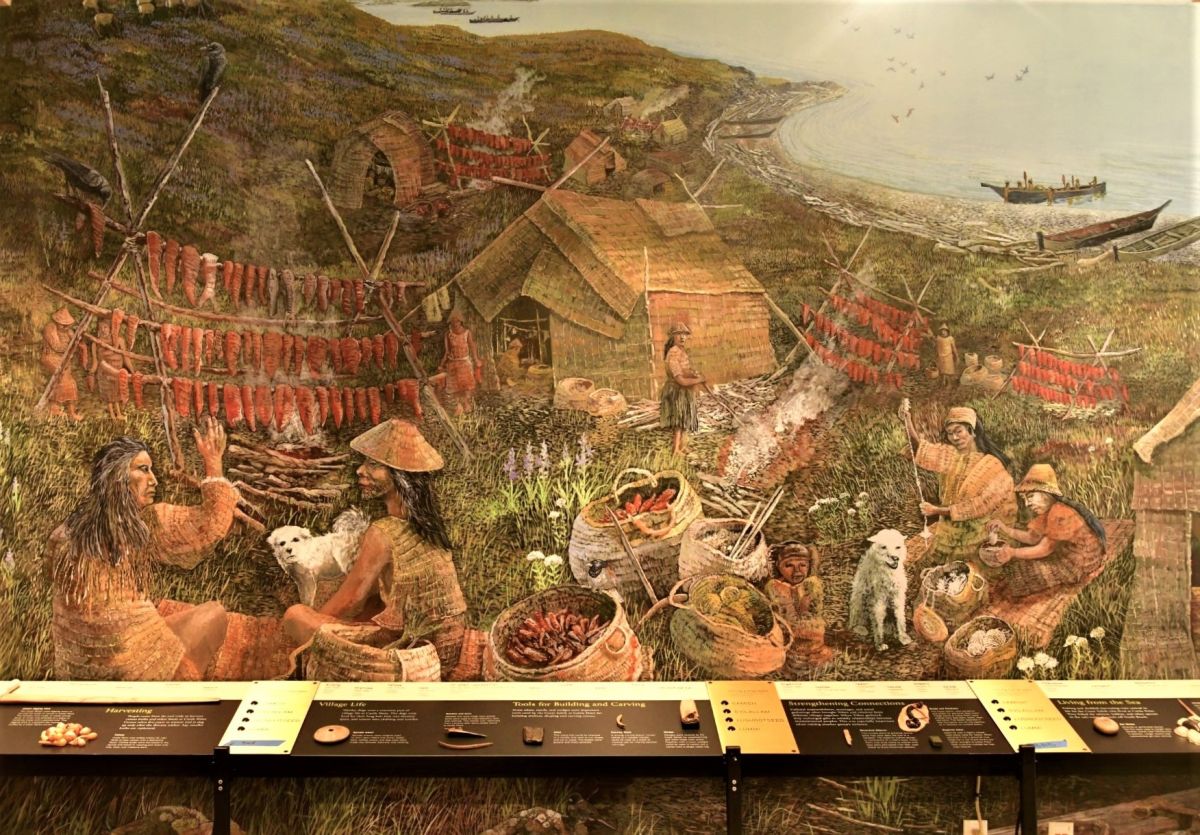 'We Are Here and We Are Strong'

SAN JUAN ISLAND, Washington — The ancestors would have known the drumming, the songs and the languages that echoed across the landscape in San Juan Island National Historical Park, located in an archipelago in the Salish Sea between mainland Washington State and Vancouver Island.

The First Peoples were displaced from the island beginning in the 1850s by foreign nations that laid claim to this place. Settlers turned the sweeping prairie overlooking the strait into grazing pasture for livestock. A fishing industry emerged that turned salmon, a culturally important resource for Coast Salish peoples, into profits. Bigotry and government policies tried to keep the First Peoples away and kill their cultural practices.

And yet the people, and their presence on this island, endured.

Now, visitors to the island will know their stories, too. On June 23, the park opened a new American Camp Visitor Center offering the first comprehensive look at the island’s Indigenous peoples in the park’s 50-year history.

“For years, we didn’t get to do this,” said Mark Charles, Lower Elwha Klallam Tribe, after a welcome song at the opening of the new center. “Now, wherever we go, we can teach our young ones and we can pick up our drums. We can say, ‘This is who we are.’ We are here and we are strong.”

The visitor center and grounds are stunning.

What was once a temporary, modular building is now a tall and spacious structure of wood and stone. Interior displays tell the story of Indigenous islanders and lifeways. A wall mural depicts pre-settlement Coast Salish life here. A canoe by Lummi Nation carver Dean Washington is suspended from the ceiling. In front of the mural are displays of seven canoe paddles carved by Native artists and an interpretive panel with objects related to Indigenous building methods, carving and resource harvesting.

Visitors can press buttons to hear the words for those objects spoken in Lummi, Samish, S’Klallam and Lushootseed — four of the languages Indigenous to the island.

San Juan Island, the place of origin of the Lummi and Samish peoples, was the center of an expansive Indigenous trade, resource and kinship network that later enfolded non-Native newcomers after a joint occupation by British and American troops and the arrival of non-Native settlers in the mid-1800s. Among those whose images and artifacts are on display:

On the grounds is a plaza with graphic panels depicting salmon, Thunderbird, and two hands raised in welcome. The panels were created by Jason LaClair of the Lummi Nation. The plaza also features a timeline of Coast Salish history on the island from pre-contact to present day, a map of Coast Salish nations, and interpretive panels about tribal sovereignty.

Elexis Fredy, superintendent of San Juan Island National Historical Park, said the visitor center was developed in consultation with tribal historic preservation officers. She said the center provides a more complete story of the island — the park was established to interpret the story of America’s and Britain’s competing claims to the island and their joint military occupation of it from 1859-1872, but the story of the Indigenous presence pre-contact to today had long been neglected.

“What we’ve tried to do is reframe people’s understanding of this place and of its significance, who it’s important to and who has contributed to the landscape that we are now fortunate to experience,” Fredy said.

“It’s important to give context to the events that happened on San Juan Island in this larger regional story of how things unfolded in the Pacific Northwest [in the 1800s] and make a very strong impression that this place started with Coast Salish people. We wanted to make sure people understood, ‘Here’s where you live in this region, and here are all the tribes that are still in this area and they were here long before westward expansion and Anglo-Americans showed up on the scene.’”

“San Juan Island National Historical Park is working with participating Coast Salish tribes to enrich interpretive exhibits for the public with content about ancestral homelands within the park,” Dolan said. “The present work seeks to enhance visitor experiences with content and interpretive programming inclusive of the larger stories and deeper connections to this historic and culturally significant place.”

San Juan Island National Historical Park comprises two sites: English Camp, on the island’s north end, where British Royal Marines were stationed during the joint military occupation; and American Camp, on the southern end, where U.S. troops were stationed. After a three-member arbitration panel led by Kaiser Wilhelm of Germany ruled in 1872 in favor of the U.S. claim to the islands, British Marines left and many of the buildings at both camps were sold at auction and moved.

The national park was established in 1966. Remaining buildings at both sites have been preserved and some buildings that had been relocated in the 1870s have been identified and moved back to their original places.

But the displacement of the island’s Indigenous peoples continued to be a source of pain. British Marines established their camp at the site of a Coast Salish community known as Pe’pi’ow’elh (pronounced Pepi-ow-eth) and demolished a longhouse to make way for a parade ground. That was never forgotten.

Today, most descendants of San Juan Island’s displaced Indigenous peoples live elsewhere, including the Lummi, Swinomish and Tulalip reservations. In the 2020 Census, 1 percent of the island’s population identified as Native American. However, the Lummi Nation, Samish Nation and Tulalip Tribes own land on nearby Orcas and Lopez islands, and they and other treaty signatories have treaty-reserved rights through the San Juan archipelago.

Lack of knowledge about the Indigenous history and presence here, including treaty rights, has resulted in tainted public policy and prejudiced views. When the state considered, and later approved, a proposal to rename a bay in the county that had a name widely considered offensive to Indigenous women, a local school board member wrote, “Naming a place something offensive to someone somewhere is not the same as calling someone who might be offended by that name.”

Patti Gobin, special projects manager for the Tulalip Tribes, told the audience of conflicts she witnessed between island residents and Indigenous fishers — despite treaty-reserved rights to harvest fish and other resources in their usual and accustomed areas.

She told of fishing in the islands with her family when she was a child and being shooed away by island residents, as if she didn’t belong.

“History didn’t begin with the [island’s] lighthouse,” Gobin said. “Our ancestors were here 10,000 years ago.”

Tom Wooten, chairman of the Samish Nation, said he’s confident the island is reaching a turning point in how the Indigenous story is told. He pointed out that a local waterway, named for a controversial 1 century American general known for his brutal treatment of Indigenous and African-American peoples, is being renamed for an Indigenous man who was a political, business and maritime leader on San Juan Island in the first half of the 2 century. Other offensive names are being changed as well.

The American Camp Visitor Center project is the latest significant effort to tell the Coast Salish story of the island. In 2004, a set of Coast Salish house posts carved by noted Musqueam First Nation artist Susan Point was installed in a waterfront park in Friday Harbor. The house posts tell the story about the interdependence of humans and animals. It was the first permanent installation of Coast Salish art in a public place on the island.

“The important thing,” Wooten said, “is we have a say in telling our stories.”

This story originally appeared on July 11 on ICT. 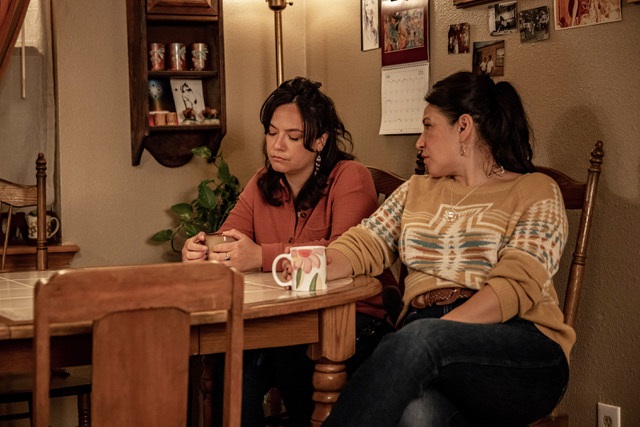 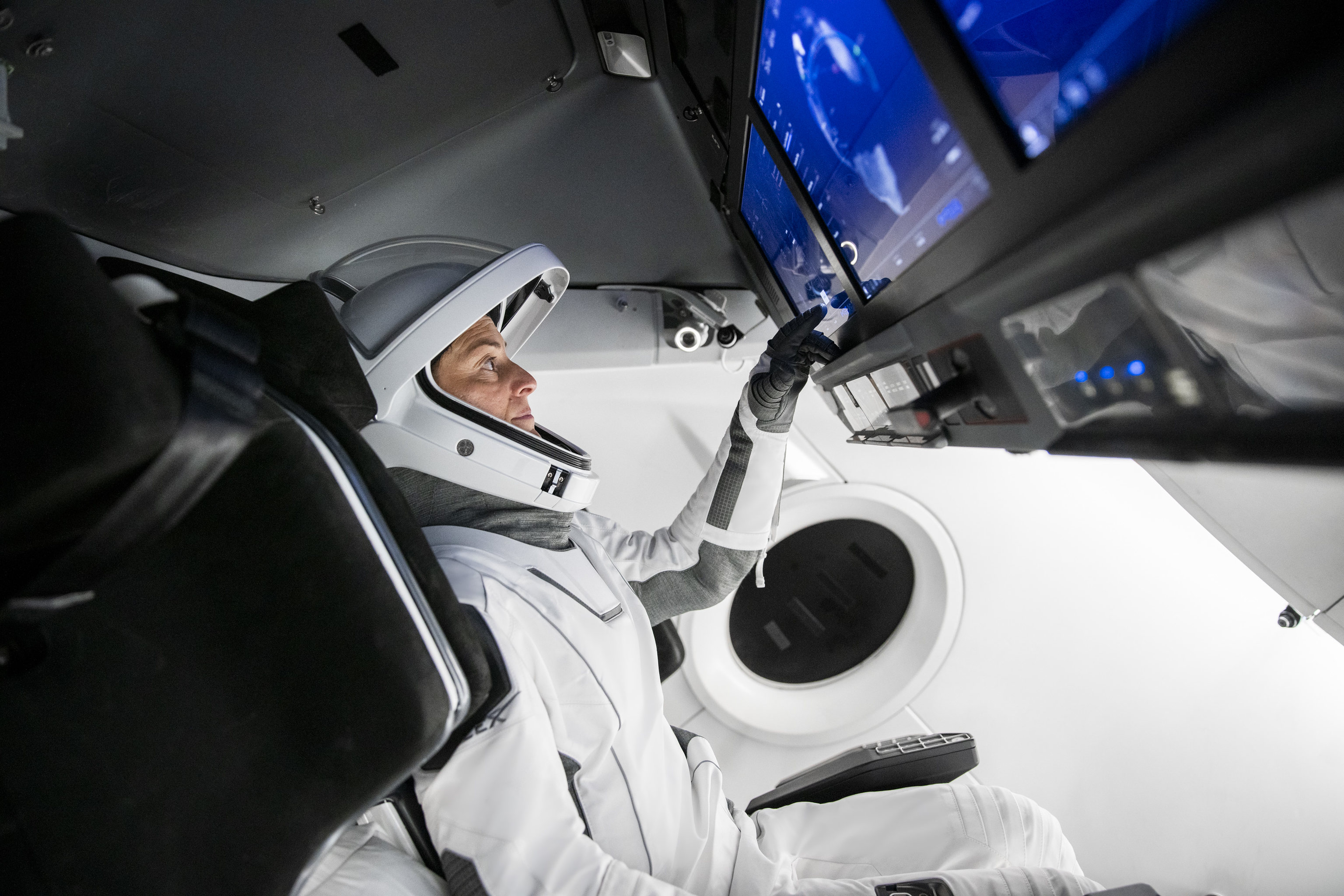 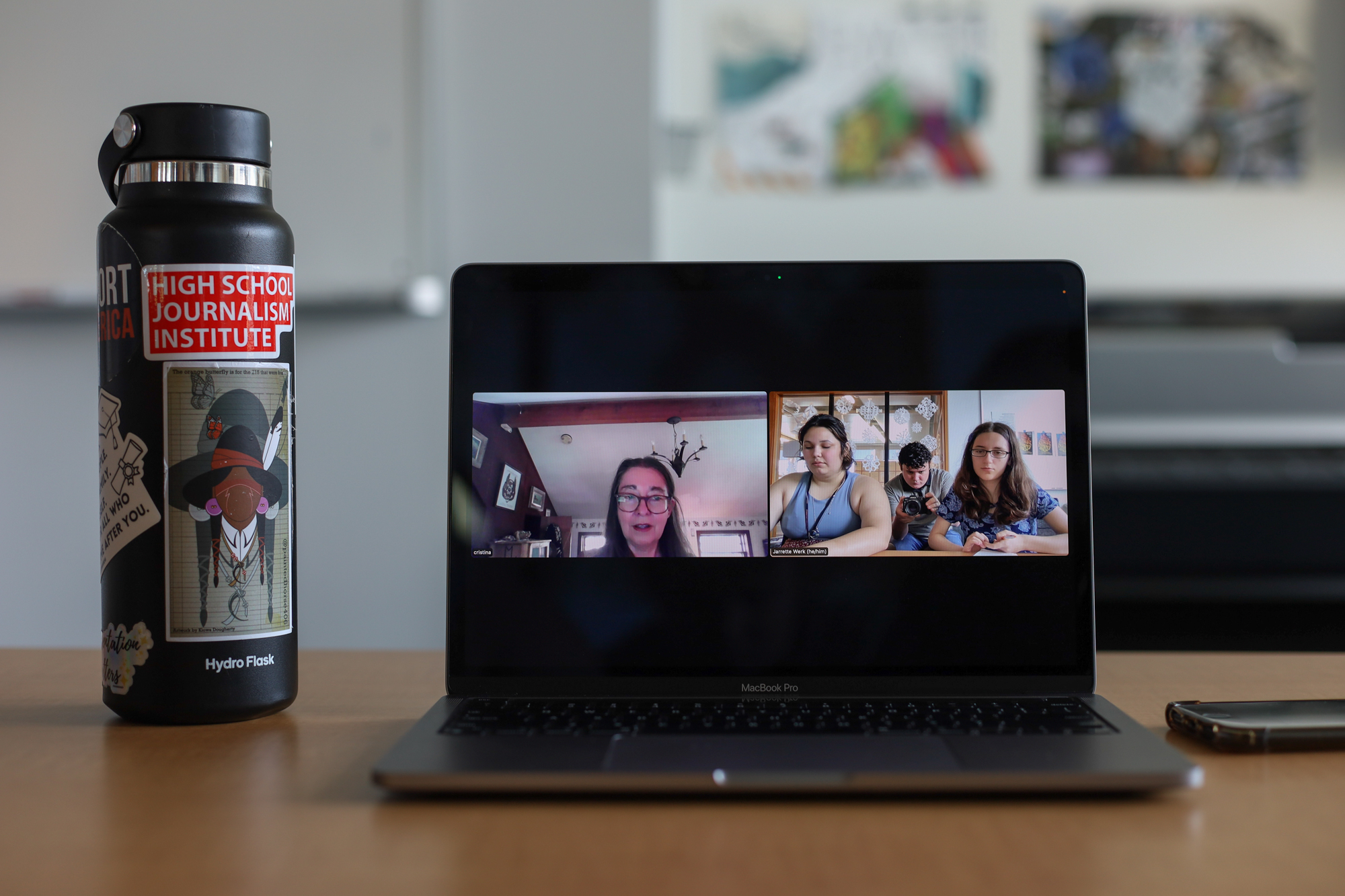