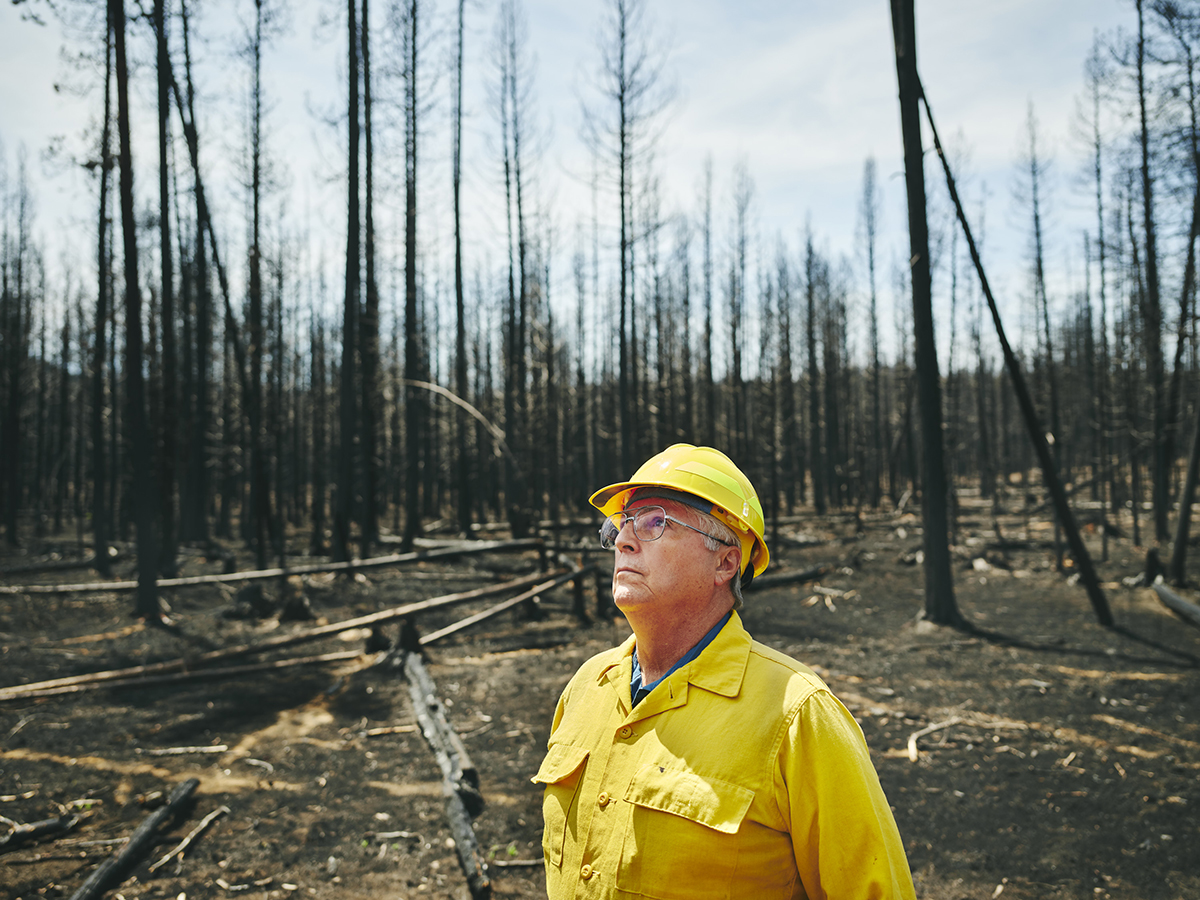 ‍
The phone belonging to Don Gentry, chairman of the Klamath Tribes, rang around lunchtime on July 6, while he was at work at the Klamath Tribes’ headquarters in Chiloquin, north of Klamath Falls. It was a childhood friend and fellow tribal member.

“He told me there was smoke coming from east of Chiloquin. I stepped out the front door and got straight into my car, and drove east, toward the fire.”

Gentry saw the blaze, which was small at the time, but it worried him enough to contact the Chiloquin district ranger and the U.S. Forest Service.

“I knew we were in the middle of peak fire conditions: drought, low humidity, high winds. I was extremely concerned.”

The fire spread and now has burned more than 413,000 acres, the largest fire in the West so far this year. It is 96% contained as of Monday, August 9, but the fire season is still young.

Deep Connections to the Land

The fire is destroying the sacred ancestral homeland of the Klamath Tribes, which constitutes the Klamath, Modoc, and Yahooskin People. Tribal members say they are heartbroken as they watch their land burn.

“I grew up in that area. I have memories of hunting with friends, spending time there with my dad and my brother — who have both now passed,” Gentry said. “I’m grieving.”

The Bootleg Fire, which started as two separate blazes on July 6 and then merged, has rapidly spread across the Fremont-Winema National Forest, the land of the Klamath Tribes.

“Our people still use these areas to hunt, gather, and pray with each other,” said Chairman Gentry. “How will the trees, animals, water tributaries, and ecosystem fully recover?”

The fire, officials explain, has spread so fast due to the firestorms it has generated in its wake, which spark lightning and ignite new blazes. Long-term drought conditions and hotter temperatures, which will likely become more common with climate change, mean even recent rainfall did not make a difference in slowing the spread of the fire. Fire experts with the U.S. Forest Service say this is unusual and concerning behavior.

“As we move out of normal climatological range, previous experience is less relevant,” Fire Behavior Analyst Chris Moore said. “The rain that we got will not put the fire out.”

There have been no lives lost from the fire, and tribal buildings have escaped unscathed, but numerous tribal members were evacuated from their homes.

The impact of this fire on the Tribes, however, cannot be measured by counting the number of buildings lost; members are also mourning the ecological and cultural damage the huge blaze is leaving behind.

The environmental impact will not be fully apparent until surveyors can access the land, but the fire has burned elk wintering ranges, the headwaters of tributaries that ultimately flow into Klamath Lake, waters where the Tribes have fishing rights guaranteed by a treaty with the U.S. government.

Fish and game are important nutritional and cultural staples. They are considered First Foods, food groups that form the backbone of tribal culture, part of what the Creator left to take care of the Klamath People, according to the Tribes’ beliefs and traditions. Salmon and lamprey, as well as elk and deer, were historically relied upon to provide subsistence for the Tribes, and many individuals still depend on these foods today.

The Tribes are concerned about potential erosion into rivers and nutrients washing into the lake, home to endangered suckerfish populations, another staple for the Klamath. A recent documentary made by the Tribes explored the extent of the community’s relationship with the fish.

For years, the Tribes have been working hard to bring suckerfish back from the brink of extinction. Drought and degraded water quality have threatened fish habitat, and the Tribes are spearheading a complex project involving building off-site rearing and fish pond facilities, an effort that has put them at odds with agricultural interests and other downstream water users. These fires bring more threats to an already fragile species.

Archeological records show that the Klamath Tribes have been on this land for at least 14,000 years. According to the Klamaths’ own oral history, the Tribes have been in the region “since the beginning of time,” said Gentry. “We’re really concerned about protecting those sites.”

The burned forest contains vestiges of the Tribes’ deep connection to this now-charred landscape: historic sites, relics such as artifacts made from obsidian — a sharp, black stone used to make jewelry, hunting weapons and ceremony regalia — old village sites, and prayer markers all denote where the Tribes’ ancestors would nap, pray, fast, and make bowls, arrowheads, and knives.

“The Tribes lost about a quarter of their natural resources,” said Steve Rondeau, director of the Tribes’ natural resources department. Rondeau recently accompanied Gentry and other tribal members out to the burn site to survey the damage and said he observed “devastation.”

“There are areas that are going to take decades to recover,” he said. “And they were areas where gathering of cultural plants took place.”

While the Tribes are not yet sharing which specific sites were charred by the fire, Gentry says these sacred places are now at risk of disappearing forever.

“We’ve had all these years of being on the landscape, and so many places had evidence of our spiritual religious practices, and they’ve just burned," he said.

He also points out the need to secure the area to protect from disturbance, both from looters looking to collect ancient artifacts and from accidental disruption caused by recovery and restoration activities that will likely follow the fire after the ashes cool.

“Things like salvage logging and tree planting, there’s a risk of disturbing these sites, and so we need to bring in trained cultural resource technicians to conduct surveys and determine mitigation on how we protect these sites,” said Gentry.

In what is a first for the Nation, the Klamath Tribes have had a seat at the table with the USFS and other agencies during fire meetings to ensure that Tribes are represented.

Zak Jackson, the emergency manager for the Klamath Tribes, says tribal representation allows everyone to be “aware of the areas of significance to the tribes.” He said, “These areas are important to the Tribes. I try to make sure that’s well coordinated with all the people there.”

Tribal members are concerned about future fires, so the Tribe is planning to invest resources into fuel management, such as clearing timber and brush, and working more closely with forest service managers. “This coordination helps identify areas that the Tribes can assist with and provides the situational awareness when dealing with areas of great significance to the Tribes,” said Jackson.

It’s crucial for the Tribes to be involved in fire management, he says, to help with potential evacuation efforts and because of the sensitivity and importance of multiple areas that fire officials may not be aware of.

“Providing some local knowledge of the community and areas to the agencies and the teams responding to the fire that may not be local helps with their response efforts and (to) identify areas for evacuees,” Jackson said.

“It’s not going to be the same as it was in my lifetime, by any stretch of the imagination,” said Gentry.

But Gentry is also adamant that the Tribes are resilient and will persevere through this challenge as they have in the past. “We’ll survive this. But a big part of who we are, since we’re so connected to the land, has been lost.” 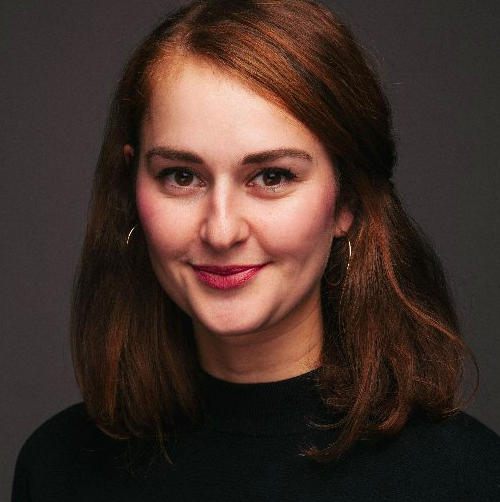 Lucy Sherriff is a freelance multimedia journalist based in California. She reports on conservation and environmental justice stories, and has been published in BBC, Al Jazeera, TIME, NBC, The Washington Post, and more. Prior to moving to the United States, Lucy was based in Colombia, and won a United Nations Correspondents Award for her reporting on indigenous tribes facing water shortages, and deforestation in rural areas post conflict.