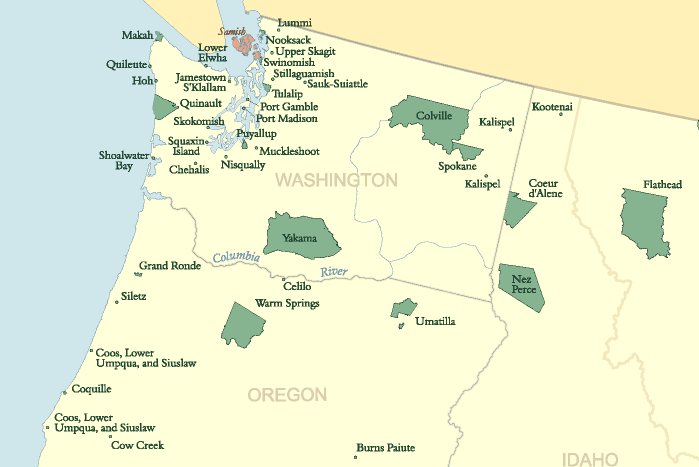 Yakama citizens voted out their tribal chairman and nearly half of their tribal council over allegations they overlooked the misuse of tribal government funds and allowed subordinates to give themselves raises and bonuses during a time of widespread layoffs.

Hundreds of citizens of the Yakama Nation ousted five tribal council members over allegations they didn’t stop subordinates from misusing tribal funds and retaliated against tribal employees who raised concerns about misspending.

The recalls came after whistleblowers Matthew and Joshua Hoptowit and three others who weren’t named in an ethics board investigation accused department managers in the tribe’s Land Management Division of misusing tribal funds. The allegations led to an investigation that faulted the tribal council’s Roads, Irrigation and Land Committee for failing to investigate or stop misspending by the Land Management Division, which the council committee oversees.

Three of the council members voted out — Dana Miller, George Selam and Raymond Smartlowit — were members of that committee, which the Code of Ethics Board found to have committed “nonfeasance, misfeasance and malfeasance” for failing to failing to properly oversee use of tribal funds by the nation’s Land Enterprise department. The tribal ethics board determined the spending by tribal employees in question to be “unauthorized at best and fraudulent at worst.” It also faulted the council members for not fully cooperating in the investigation.

‘Unauthorized at Best and Fraudulent at Worst’

The tribe’s General Council is the entire voting body of adult tribal citizens who weigh in on mandates and provide oversight of elected leaders. The Tribal Council is comprised of 14 elected members and two alternates, who are tasked with handling the day-to-day operation of the tribal government.

The tribal Code of Ethics Board findings earlier this summer led to a successful petition drive calling for the General Council to consider removing all 14 members and the two alternates on the Tribal Council. The recall petition effort gained nearly 350 signatures, well above the required 25.

In July, the tribal Ethics Committee, a body independent from council, suspended four council members: Selam, Miller and Smortlowit, as well as Gerald Lewis, George Mennick and Gene Sutterlict, who were not ousted in the recall itself.

In findings released earlier this month, the ethics committee faulted Chairman Dean Saluskin and Vice Chairman Virgil Lewis for “misfeasance” for their oversight of tribal funds and resources, as well as admonishing the suspended tribal council members for not complying with the terms of their suspension.

The controversy emerged over the summer when tribal employees with the tribal internet service provider said Yakama Nation Land Enterprise managers, who oversee the internet service provider employees, had given themselves raises, bonuses and other financial perks during the COVID-19 pandemic, while more than 20 other employees in the department were laid off or furloughed. A resulting ethics investigation faulted the Roads, Irrigation and Lands Committee for not looking into the allegations and working to stymie future efforts to address the misuse claims.

A two-month investigation ensued, but the ethics committee said progress was slow because some Tribal Council members — especially Mennick, Miller and Smortlowit — didn’t fully cooperate. Still, investigators found, the managers accused of misspending fired the whistleblowers, which resulted in internet outages because those employees were the only people with the expertise to prevent them.

Despite those findings, some on the Tribal Council defended the actions of its members in a resolution ahead of the General Council meeting, saying there was more to the story. The resolution pointed to a separate investigation into three of the fired employees that found at least one had committed wrongdoing — accessing confidential employee information and illegally downloading software, pirated movies and pornography using tribal resources — before being fired. That investigation also showed that the employees had mined cryptocurrency for personal gain using tribal networks and created a way to access tribal network systems after they were fired.

When confronted in a meeting, the three fired employees threatened to distribute confidential tribal employee information and a recording they took of the meeting without permission unless they were given a raise, according to the Tribal Council’s resolution.

The two-day special meeting in Toppenish, Wash., drew nearly 700 people Thursday morning, according to two tribal members who attended the meetings but asked to not be named and according to social media posts. While the meeting included information and updates on tribal issues, many were there because of the recall effort to hear about the controversy and investigations into the allegations, and heard debate on whether council members should be blamed for their role. Some tribal members said they hoped the shakeup would lead to a more transparent, fair and independent Tribal Council.

This was not Yakama Nation’s first successful recall effort. In 2005, then-Executive Board member Virgil Lewis and fellow board members Jerry Meninick, Davis Washines and Ray Colfax were removed by a General Council vote over the purchase of a minor league basketball team. They spent $140,000 to buy the Yakima Sun Kings without first putting the matter to a General Council vote, according to the Seattle Times. Seven hundred people turned out for that recall election, as well.

Three years later, NBC News reported that Yakama Nation shut down the team after losing $430,000 per year — a total of $1.3 million —and attempts to sell the franchise failed.

Correction: An earlier version of this story said six council members were removed. Only five were voted out and Casey Wallahee was not among them. Underscore regrets the error.