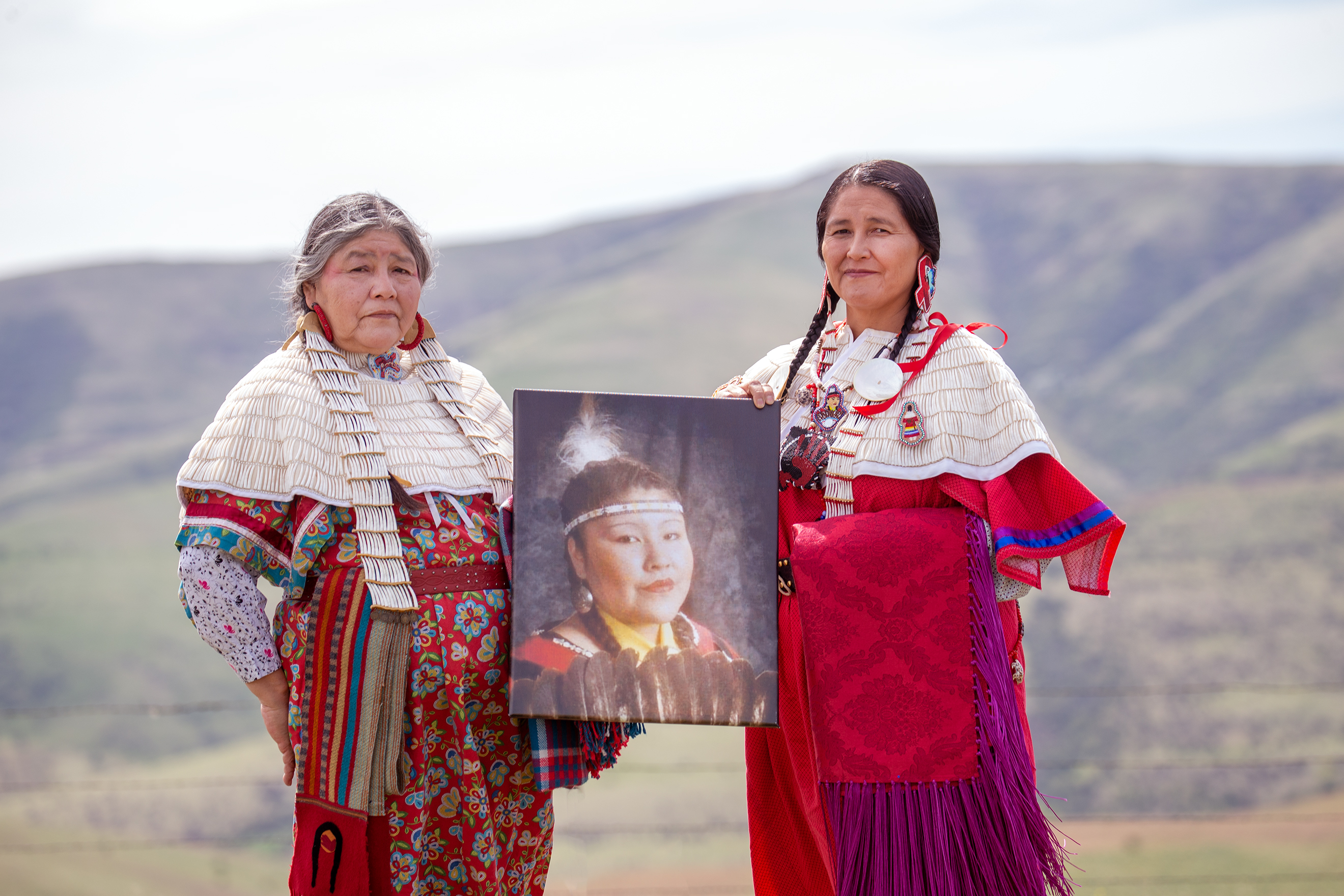 As conversation shifts to prevention and intervention, events on May 2-6 include virtual powwows and panels, discussions on law enforcement, proclamations and an in-person community gathering at South Hawthorne Waterfront Park.

It’s been five years since the city of Portland organized its first week of events aimed at increasing awareness of the high rates at which Indigenous people are murdered or go missing in Oregon and nationwide.

Despite some changes to address the problem at the local, state and federal levels since then, the problem persists, said Laura John, the city’s tribal relations director. Now the city is hosting its fifth year of events to continue raising awareness while shifting the conversation toward intervention and prevention.

The events, which run May 2-6, fall in line with a nationwide missing and murdered Indigenous people (MMIP) week of awareness. Indigenous people — particularly women and girls — go missing, are murdered or are victims of violence at disproportionately high rates.

“Why are we doing this, in our fifth year? Because we still need to continue to raise awareness,” John said. “This is an issue that every single household should know about. It is something that is everywhere and is an epidemic issue in Indian Country. And we need other people to understand that if they don't understand that they can't help address it.”

This year, John, who is Blackfeet and Seneca, said she hopes to begin focusing more on preventing the cases from occurring while highlighting developments at both the local and national level, like the reauthorization of the Violence Against Women Act.

“We have worked really hard to include content each year that catches people up to speed on this issue, and in particular, linking it to the history of policies that have contributed to this issue,” she said. “Where we are five years later … is beginning the conversation, and this started last year: ‘What do we do for prevention and intervention?’”

On Monday at noon, a virtual discussion led by Mary Kathryn Nagle, a Cherokee Nation citizen, playwright and attorney specializing in tribal sovereignty, kicks off MMIP Awareness Week in Portland.

The week will also include virtual panel discussions hosted by Portland Community College, other online discussions addressing topics like law enforcement and missing and murdered Indigenous people, virtual powwows on Tuesday and Friday, and proclamations during Portland City Council and Multnomah County Board of Commissioners meetings recognizing May 5 as Missing and Murdered Indigenous People Awareness Day.

An in-person public gathering is scheduled from 3 to 8 p.m. on Thursday at South Hawthorne Waterfront Park, featuring speakers, performers, vendors, a canoe landing and a “Red Dress Walk."

“[T]he City of Portland recognizes that the issues of Missing and Murdered Indigenous People are not isolated to reservations or rural communities, but impact urban areas like the Portland metropolitan region,” Portland Mayor Ted Wheeler said in a text of the proclamation, before adding that “the City of Portland urges Portlanders to wear red every 5th of the month to show solidarity, support, and to continue efforts to raise awareness about the needs to address the systemic obstacles that contribute to the occurrence of Missing and Murdered Indigenous People.”

The week’s events will also come three years after Oregon leaders pledged to more seriously address the problem but have done little legislatively since 2019 when the Legislature passed a bill requiring the Oregon State Police to study the problem and come up with recommendations to address it.

"This is an issue that every single household should know about. It is something that is everywhere and is an epidemic issue in Indian Country." - Laura John

One recent legislative effort was House Bill 4102, co-sponsored during this year’s legislative session by Rep. Tawna Sanchez, D-Portland, who is the second Native American person to be elected to the Oregon Legislature. Sanchez told the House Committee on Judiciary in early February that the bill was the first legislative attempt to further address the problem since 2019.

“This is a follow-up from a bill that we did in 2019 where we asked the Oregon State Police to essentially do some work to find out what was happening in Indian Country, what was going on with missing and murdered Indigenous women,” she told the committee.

The bill, which had support from the Oregon State Police but didn’t advance beyond committee, called for the Oregon State Police to hire a full-time tribal liaison who would act as the contact person for tribal nations and Indigenous people in the state and propose policy changes in the department on behalf of tribes or Indigenous people. The bill would have also required police officers and reserve officers in the state to have training for missing or murdered Indigenous persons investigations and reporting.

Even though the full legislation didn’t pass, the liaison position proposal ended up becoming law after it was included in the larger omnibus budget bill.

Sanchez’s proposal came from community listening session feedback and the 2020 report mandated by the 2019 legislation, which, in part, found that communication between police and tribes or tribal members could be better. Sanchez said she hoped the bill would help improve communication and build relationships between tribes, Indigenous people and law enforcement.

In the wake of the 2020 report, the U.S. Attorney’s Office for the District of Oregon has also released a report detailing the scope of the problem, as well as announcing other initiatives like expanding access to two Oregon tribes to a federal crime reporting database to help improve data reporting and collection for cases involving missing or murdered Indigenous people.

While Portland’s Tribal Relations Program is the main facilitator of MMIP Awareness Week, John said it’s organized with the assistance of a stakeholder group that meets frequently and includes representatives from prominent Indigenous advocacy or services organizations like the Native American Youth and Family Center, community members and advocates, and institutions like Portland State University.

John said each year’s awareness week has had a different theme, with this year’s being “Tending Our Roots.”

That’s because, John said, she and members of the stakeholder group believed it would help reinforce the idea that it’s important to begin focusing on preventing Indigneous people from going missing or experiencing violence and knowing how and when to intervene when encountering a potentially vulnerable person.

John hopes a lot of the discussions this week and moving forward will increasingly tackle how to “empower community members and strengthen their skills and abilities and their capacity to be a part of stopping this epidemic.”

“Part of that tending our roots is making sure that people have the skill set in order to be able to intervene,” John said.

Visit the city’s website for more information, including the full lineup of events.

Lead photo: Mildred Quaempts and Merle Kirk hold a portrait of Mavis Kirk-Greeley, who died in 2009 after her boyfriend allegedly deliberately hit her with his vehicle on the Warm Springs Indian Reservation. Kirk-Greeley is Quaempts’ daughter and Kirk’s sister. The image originally appeared in an Underscore story in May 2021. Photo by Kathy Aney/Underscore.news