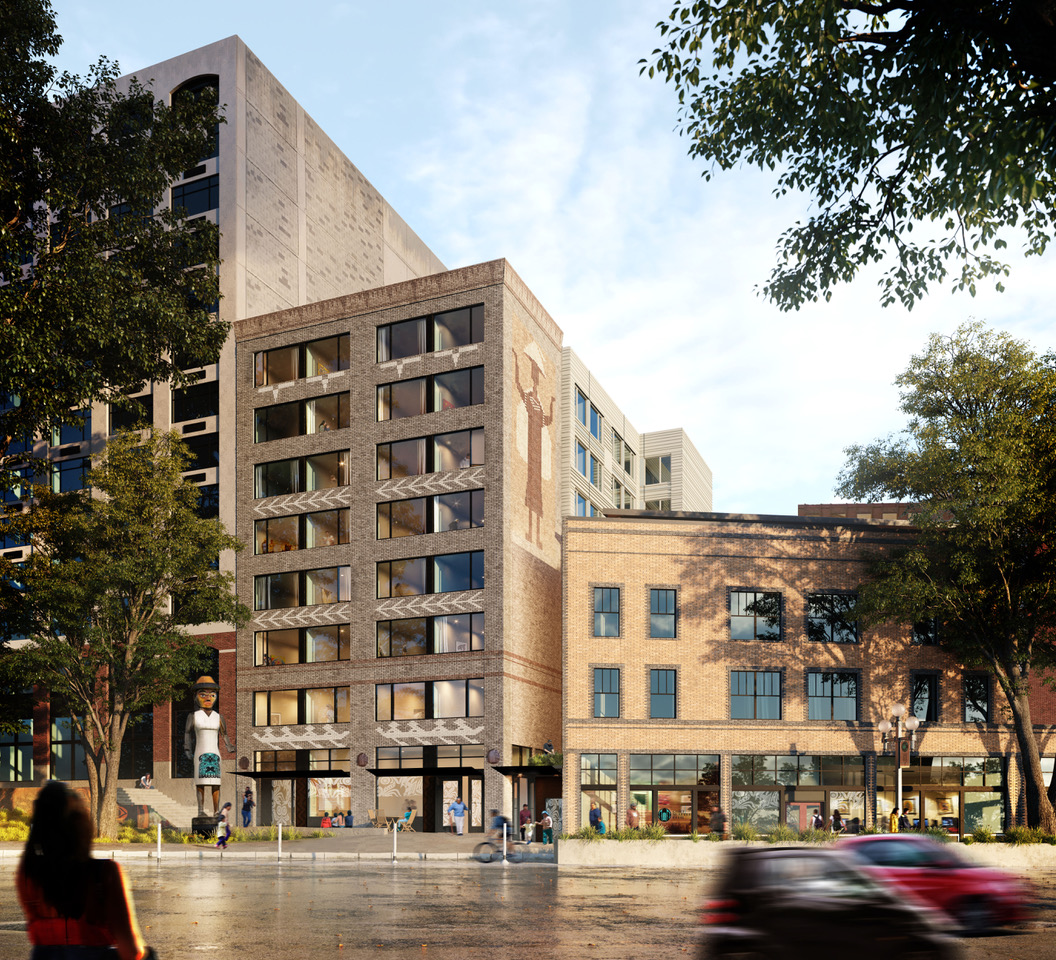 Chief Seattle Club announced the completion of 80 housing units for homeless Indigenous people and veterans. The units are in a nine-story building that will also include a health clinic, café serving traditional foods, social services and Indigenous artwork.

A Seattle nonprofit that provides services to the city’s disproportionately large homeless Indigenous population has completed its first permanent housing development, with more planned for the future.

Chief Seattle Club, a nonprofit founded in 1970 to combat homelessness among Seattle’s Indigenous people, said on Jan. 24 that its ?ál?al housing development in Pioneer Square was ready to welcome nearly 100 residents, many of whom will likely be Indigenous, poor and homeless, in 80 units.

It’s also the only housing project in the city geared toward low-income and chronically homeless Indigenous people, who Belgarde said make up a disproportionate number — about 15 percent — of the area’s homeless population, despite being about 1 percent of the city’s total population. At the same time, he said Indigenous people face extra challenges, stemming from factors like hundreds of years of oppression and trauma from forced relocation to cities and the boarding school era, in battling addiction and securing affordable housing.

“This is really just scratching the surface on what our community needs, our Native community,” he said. “We have a lot more development to do and a lot more units to build to make sure our community is safe.”

The nine-floor building also includes space for a future café that will serve traditional foods and items from Indigenous-owned businesses, as well as healthcare and social services for the area’s Indigenous people. Artwork by Native American artists is displayed throughout the building, and exterior brickwork features traditional Salish patterns.

Lucero, Diné, said her organization has worked with Chief Seattle Club to provide healthcare to some of the area’s homeless Indigenous people on a limited basis by offering services like basic wound care, diabetes education and care referral. So when Chief Seattle Club started its housing project, she said the opportunity “to provide full wraparound services for our homeless Native relatives” by partnering with the organization would fulfill a dream.

Culturally specific programs and services, like what Chief Seattle Club is offering, have higher rates of success, he added. Chronically homeless people often don’t trust “the system” or those, like social workers, who say they want to help, Belgarde said. Given the experiences, historical and contemporary, of Native Americans, he said they often are even less likely to trust those who try to help.

Often it takes an Indigenous person or organization to get a Native American to trust them and feel safe enough to accept help because of shared experience, history and understanding, Belgarde added.

“It takes a very culturally specific approach to reach our community,” Belgarde, who also personally experienced alcohol and drug addiction and homelessness, said.

Not only will residents see others who look like them and have shared experiences, but the organization will provide activities like drum-making classes and bingo games to help reinforce that they’re among people who understand them.

Although the Seattle Indian Health Board already operates an existing clinic and residential treatment program, the healthcare services offered at the project by the health board will also play an important role in Chief Seattle Club’s overall mission of reducing homelessness, Lucero said. Poverty and homelessness are often connected to poor health, she added, which means that successfully helping someone enter or keep housing can mean first treating existing health conditions, providing preventative care and addressing trauma or substance abuse.

“I want folks to understand that this is the first of many collaborations to come,” Lucero said. “They have a lot of projects in the works and we will be right there every step of the way with them to make sure that we address the needs of our people in a holistic way.”

To qualify, residents or families will need to make below 50 percent of area median income for King County, which is about $40,500. Ten of the units are reserved for military veterans. Residents without any income won’t pay rent. Others will pay between $216 and $566 a month, Belgarde said.

The $50 million project was paid for through a combination of low-income housing tax credits, money from state and local governments and donations from individuals, corporations, tribal governments and foundations. Belgarde said residents won’t all move in at once, but the move-in process would start soon.

Maurro Romero, a Chief Seattle Club member who has chronically experienced homelessness, is a future tenant of ?ál?al and said moving into one of the new units will be “a new beginning and new adventure, a place where you are accepted for who you are.”

“It gives me a chance to dream again and to believe in myself,” Romero, Otoe-Missouria Tribe of Indians, said.

In a county where more than 30 percent of the chronically homeless population is Native American or Alaska Native, the completion of ?ál?al won’t eliminate the need for permanent supportive and affordable housing for Indigenous people, according to Belgarde, who is an enrolled citizen of the Confederated Tribes of Siletz Indians and also Chippewa-Cree of the Rocky Boy Reservation in Montana.

The organization will now turn its attention to an even bigger project — a 120-unit permanent housing complex called Sacred Medicine House, he said. That project is set to break ground this summer and should take about 15 months to complete, Belgarde said. When finished, it will offer supportive permanent housing for some of the area’s most chronically homeless Indigenous people and will include a full suite of social, medical and cultural services, as well as case management.

Chief Seattle Club, he said, has also purchased a “turn key ready” building under construction that will allow it to provide more than 60 units of affordable housing to tribal elders over the summer.

The organization’s first experiences with a housing project was a temporary shelter development for about 30 people experiencing homelessness that opened in 2019 called Eagle Village. Belgarde said there’s also a need for more shelter space and that the organization would like to add “clean and sober” housing options.

Having more permanent housing options, like at ?ál?al or the upcoming Sacred Medicine House, allows Chief Seattle Club members who have struggled with addiction and homelessness to focus more on healing instead of the daily challenges and stress of surviving while experiencing homelessness.

“What this does is actually stabilize our people a little bit, so that we can actually start doing that healing, that deeper trauma work, that meaningful work to actually start healing spirits, healing bodies, healing minds and getting our community together to thrive again,” Belgarde said.