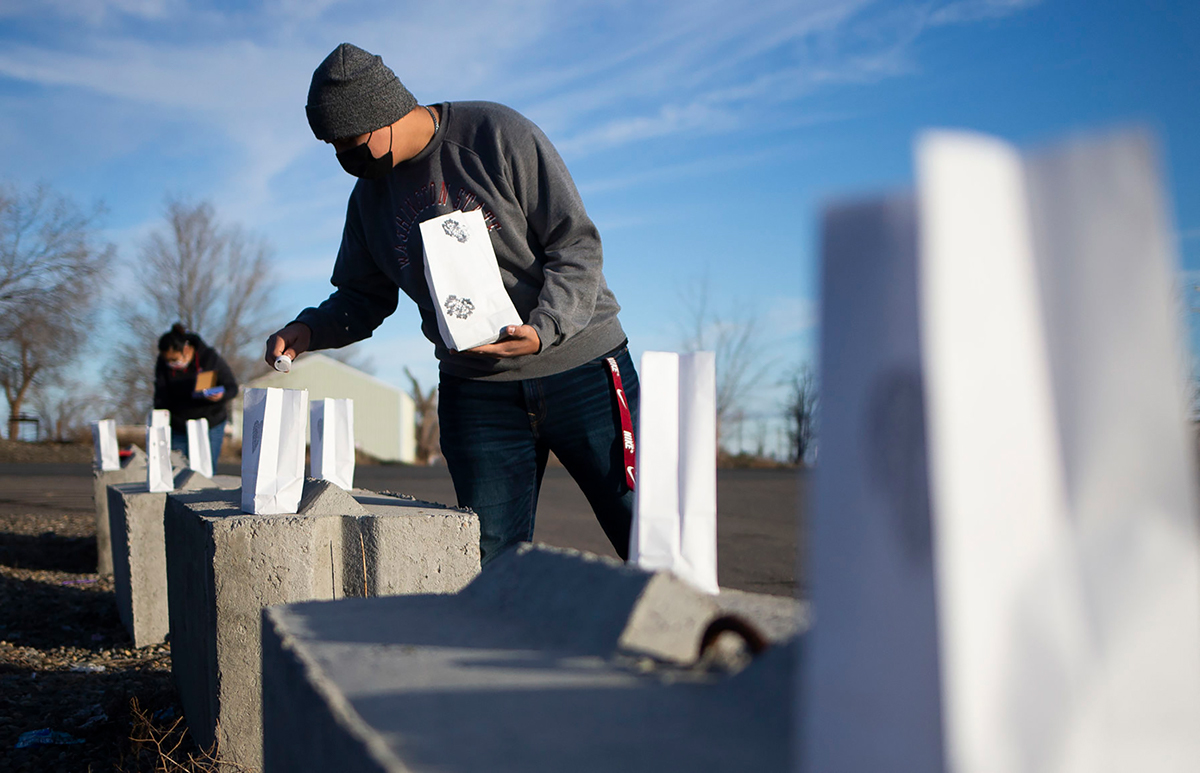 Tribal nations in the Pacific Northwest leverage sovereignty and experience to fight the pandemic.

Kathleen George grew up in Oregon hearing cautionary tales about the mythological figures Wolf and Coyote. One of those ikanum, or traditional stories, that sticks with her today is the story of Coyote and the Big Sickness.

An oral tradition of the Confederated Tribes of Grand Ronde, the story describes how Coyote tried to defeat the Big Sickness on his own, using his innate trickery against the formidable foe. But in the end, Coyote had to find an ally. He turned to the little Mouse for help, and exploited the Big Sickness’ own weaknesses.

Such stories are traditionally told in the cold of winter and not repeated after the “frogs start singing” in the spring, when there is work to be done on the land.

But George, now a member of the Grand Ronde Tribal Council, has repeated the Big Sickness tale over and over since COVID-19 came to Oregon more than a year ago. It comes with important lessons for today’s pandemic.

“No. 1, don’t be selfish and just try to abandon other people to save yourself. You know that kind of selfishness doesn’t work,” George said. “No. 2, we have to be true to ourselves. And thirdly, we have to work together. We can’t get through this alone. We have to come together and help one another out.”

She said traditions and cultural practices have helped Native communities cope with the COVID-19 outbreak. Tribal governments are also able to use their sovereignty as a weapon against the virus, closing their borders or imposing restrictions that state, county, and municipal governments couldn’t or wouldn’t enforce.

“Despite the fact that this COVID-19 pandemic is a spectacular, unprecedented event, being a tribal person, we come to that in a little bit of a different context,” George said. “So while these are very difficult times, I’ve tried really hard to remember that we’re fortunate that our ancestors left stories to help guide us.”

Native Americans’ long history of being ravaged by introduced diseases stretches well into the modern era. When 27 different bands of Native people were forced onto the first Grand Ronde reservation in the 1800s, 20% of the population died, George said.

In the 20th Century, the Confederated Tribes of Grand Ronde lost their federally recognized status and their reservation, and only recently reestablished recognition in 1983, now occupying a 11,500-acre reservation southwest of Portland.

Losing recognition, and therefore sovereignty, even for a short time caused a great loss to tribes, many of whom are still fighting for hunting and fishing rights. The Confederated Tribes of Grand Ronde are now recognized as a sovereign nation, but the nation’s reservation is spread out over several parcels of land in multiple counties. The resulting patchwork of tribal lands makes it difficult to retain a sense of community, said David Lewis, a Native Studies professor at Oregon State University and Grand Ronde member.

“We were so heavily assimilated and modified and changed by the federal government,” he said. “And then termination, … so that we don’t really have those sort of long-term structures in place.”

George explains that most Grand Ronde members are spread out, living off the reservation in nearby towns and counties, and that they get their health care elsewhere. It is often difficult for the tribal government to reach members during the pandemic, she said. Members not living on tribal land or employed by the tribal government may not be afforded continued pay after a job loss, or protection from eviction.

That traumatic history “is part of our cultural DNA, but it does not define us,” George said. “We have always been a tribal nation no matter what the federal government thought. And now, we have made that a reality for our people living on our own land, doing business and having a full cultural life.”

Tribal leaders in the Pacific Northwest were able to leverage their sovereignty early in the fight against COVID-19. Recognized tribes are sovereign nations with authority to impose rules and regulations to protect their citizens, regardless of state, federal, or local pandemic restrictions. For example, the Grand Ronde tribal government closed the Spirit Mountain Casino, but was able to blunt the economic impact by keeping employees on the payroll.

“By exercising their sovereignty, tribes have halted much of their economic activity while limiting entry onto reservations and using additional authority to try and save their people from the ravages of the virus,” Lewis said.

While some reservations in the Pacific Northwest shut their borders, that wasn’t an option for all tribal nations, said Davis Washines, a former chair of Yakama Nation General Council who’s now the government relations liaison for the tribe’s fisheries department. The Confederated Tribes and Bands of the Yakama Nation, with their land crossed by major highways and abutting a population center in southern Washington, and the Confederated Tribes of Grand Ronde, with its patchwork of tribal land, couldn’t shut down their borders.

"As a sovereign nation, we establish our own laws within our own borders." – Davis Washines

“So each reservation is different,” Washines said. “We’re pretty much a checkerboard situation. Some reservations, they’re totally isolated, they can control their borders with roadblocks. But in our instance, we’re pretty much a minority population on our own reservation. So that was a challenge for our people.”

Kelly Rowe, executive director of health services at the Confederated Tribes of Grand Ronde, made the decision that the tribe’s health clinic needed to be able to test and isolate COVID-19 cases quickly.

“So we really worked on building up and promoting the clinic,” Rowe said. “We knew we needed to be able to get rapid testing set up, and the rapid tests really gave us a leg up on how we were able to react quickly to isolate and do contact tracing.”

The tribal government imposed its own mask mandates, closed schools, government offices, and casinos; and implemented social distancing measures — all well before similar measures were mandated at the state level. “Masks required” signs were posted along roads cutting through tribal lands.

Early in the pandemic, Yakima County had the highest infection rate in Washington.

“There was a lot of resistance to wearing the masks in large crowds,” Washines said. “So that was a challenge for our people. Like I said, we were outnumbered, even on our own reservation,  but the tribal council, in the very beginning, took on the responsibility that, as a sovereign nation, we establish our own laws within our own borders, and recognized the ability to impose wearing masks, social distancing, no large crowds. And we just kind of hope that other people would understand that.”

The absence of large group activities and crowds takes a huge toll on tribal citizens. For Yakama Nation member Carol Craig, it was important to find new means of keeping traditional ways and values alive but safe from COVID-19.

“The most difficult part is that funerals are limited, and tribal people are used to caring for the body and burying the body as soon as they can,” Craig said. “It is almost heartbreaking not being able to attend funerals to pay respect to our loved ones.”

The Yakama people found a new way to honor and mourn the victims of COVID-19 while avoiding large gatherings by displaying “luminaries.” Nettie Dionne of Karlee’s Koffee in Toppenish, Wash., began displaying the lighted tributes in January. Every luminary, a hand-cut and -designed paper-bag lantern, represented a life lost in Yakima County to COVID-19. Many were tribal citizens. The tributes were placed along the road near the tribal office buildings as offerings of remembrance. Dionne said she hopes the luminaries bring “a little bit of strength and healing” to those impacted by the disease. 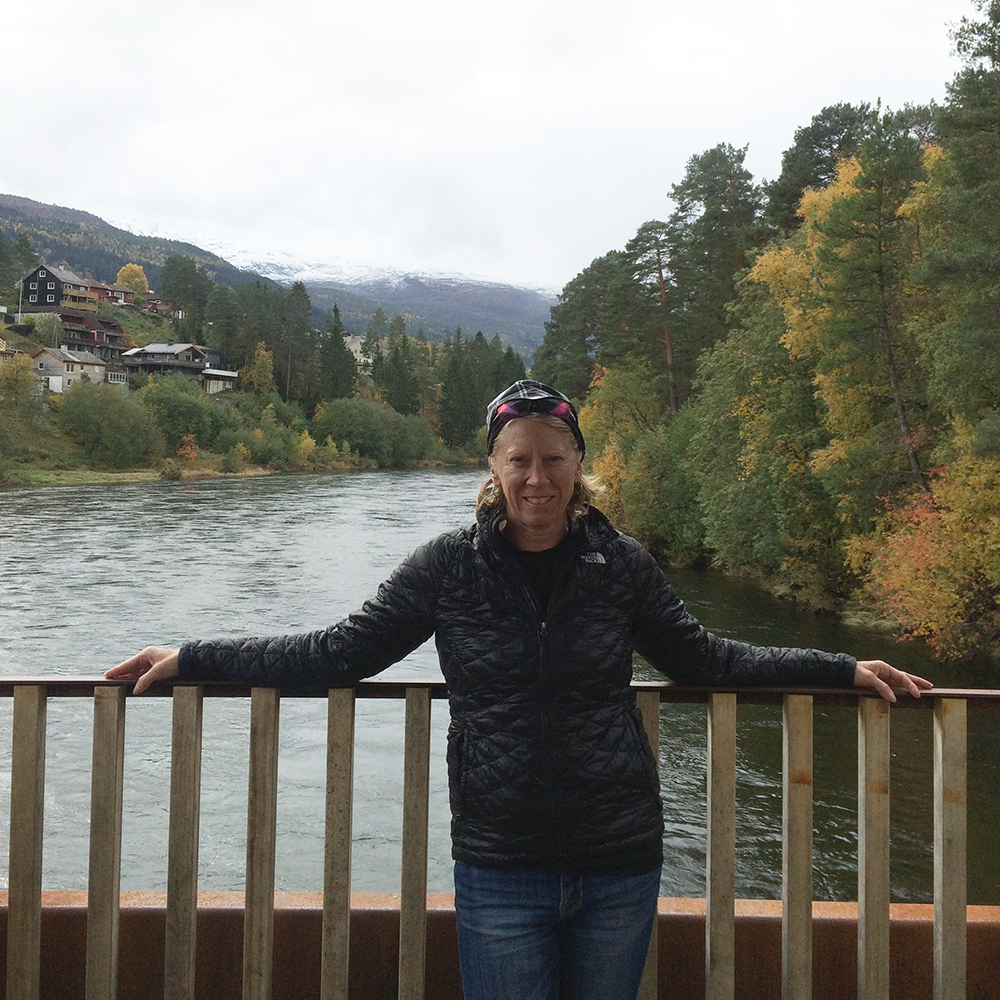 Heather is a scientist and freelance writer with a passion for the outdoors. A Seattle native, she is currently a graduate student at the University of Oregon's Multimedia Journalism Program while working in environmental conservation. Click here to view Heather's writing portfolio. 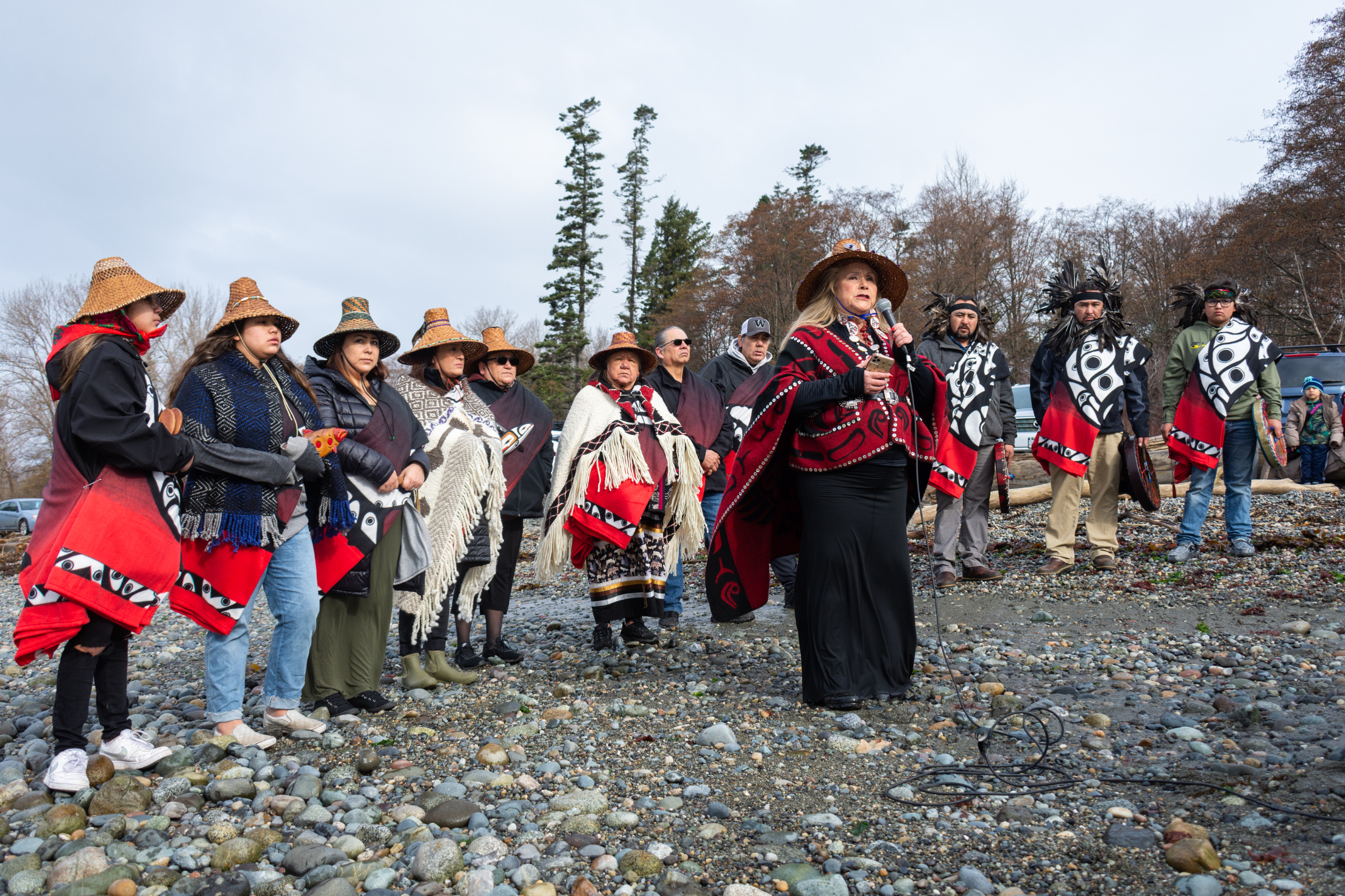 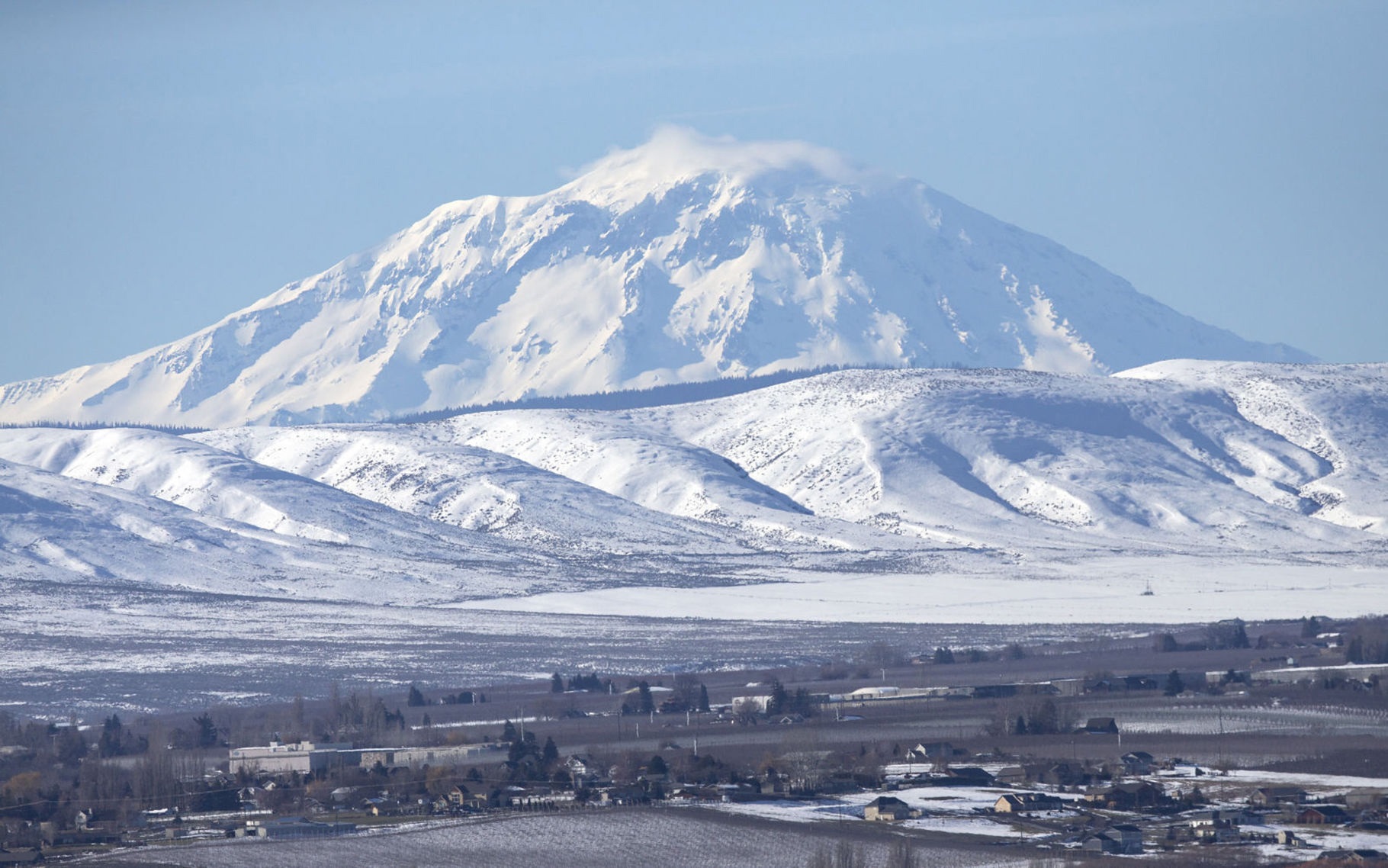